Family and neighbors filled a stretch of roadway across from Drake Park on Sunday evening, weeping and praying for a Long Beach couple who were shot to death there the night before.

Juan Guizar-Gutierrez, 39, and Maricela Honorato, 44, were killed around 8 p.m. Saturday by an unknown assailant. It’s still unclear why. Long Beach homicide detectives are trying to determine exactly what led up to the shooting, but family members believe the couple, who had lived together but were not married, according to police, were slain after a road rage incident escalated into violence.

The couple were coming back from fishing and a vehicle occupied by two men was tailing their car, honking and telling them to move, according to relatives gathered for the vigil Sunday night. 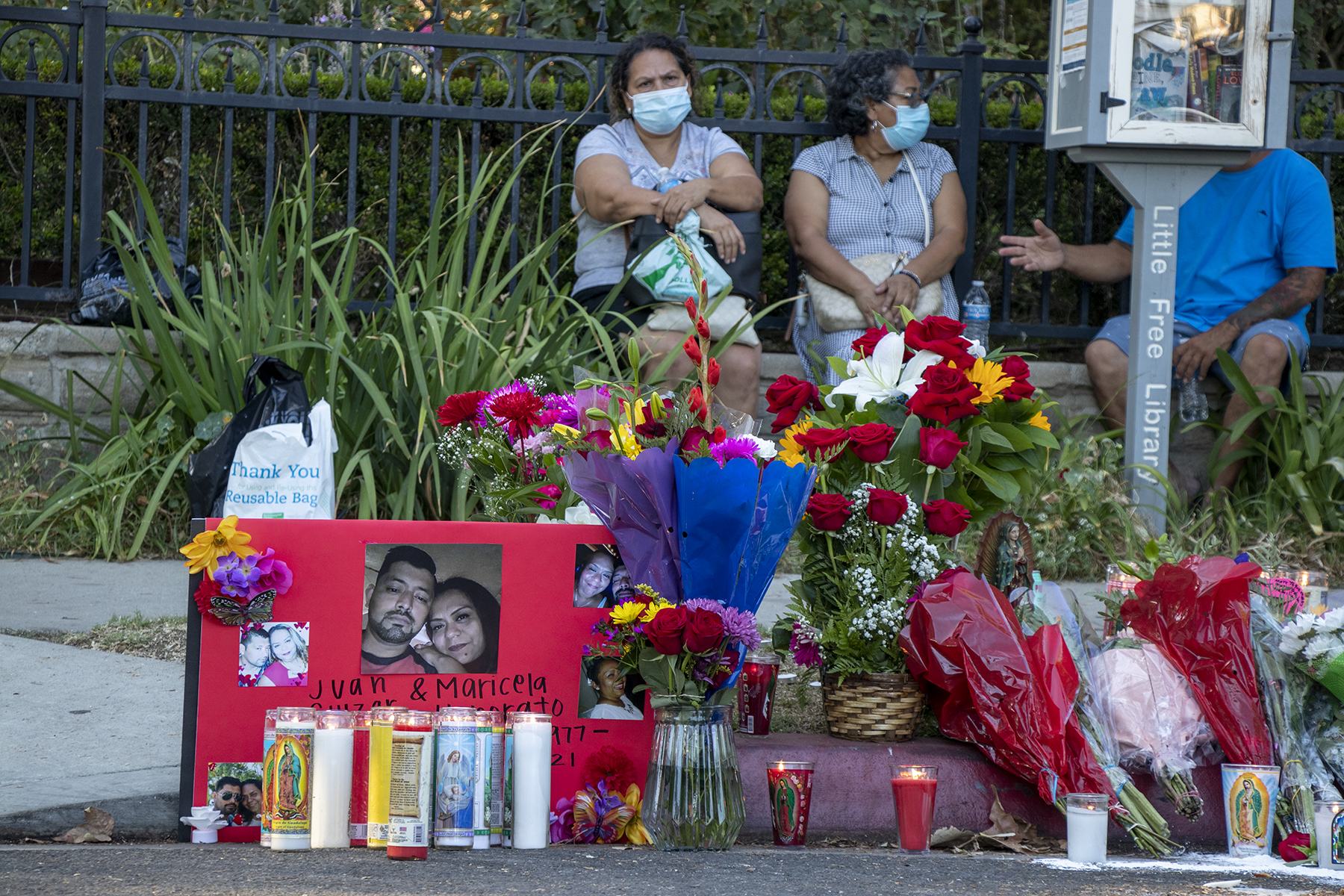 Family of Juan Guizar-Gutierrez, 39, and Maricela Honorato, 44, who where fatally shot, host a vigil in their honor on Sunday, Sept. 5, 2021. Photo by Crystal Niebla.

Juan later began “arguing strongly” with them, Doroteo Honorato Calderon, Maricela’s brother, said in Spanish. The argument then escalated into a fight and at least one assailant shot the couple, according to the family.

Doroteo, 43, said his sister was uninvolved with the fight and didn’t deserve to be shot. She was struck in the back, he said. Police have not confirmed this or the possible road rage connection.

One of Maricela’s three daughters, 21-year-old Tania Turcios, said she was home studying for an exam when she heard gunshots. Someone told her that her parents were shot. She ran outside and saw Juan in a puddle of blood on a driveway.

“It was really hard to see,” Tania said.

Her mother was still breathing. Tania tried to console her in that moment.

“There’s something about her gaze,” Tania said, “like she was giving up.” 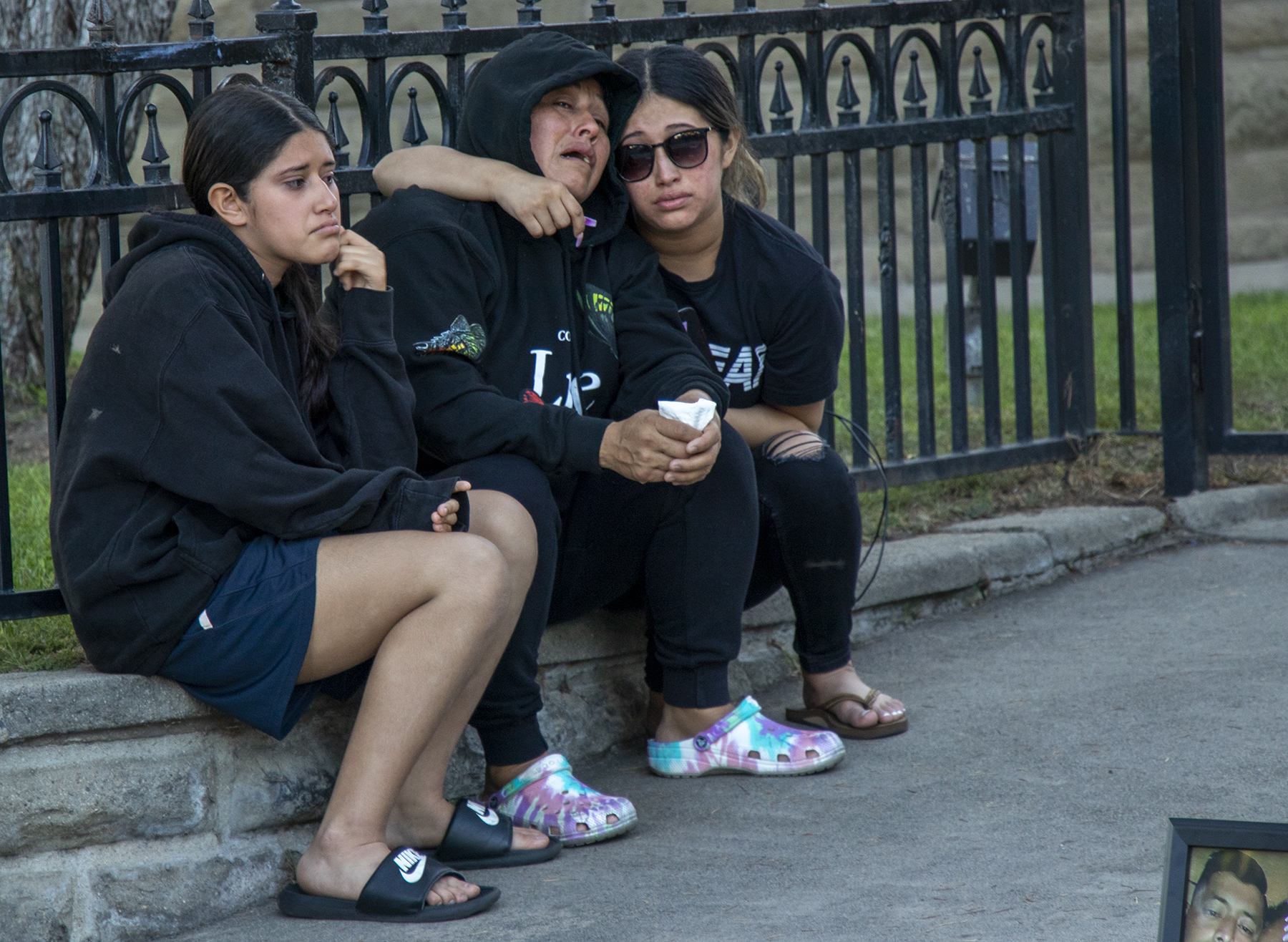 Family members weep for Juan Guizar-Gutierrez, 39, and Maricela Honorato, 44, who were fatally shot, during a vigil on Sunday, Sept. 5, 2021. Photo by Crystal Niebla.

After paramedics arrived, they pronounced Juan dead at the scene. Maricela was transported to a local hospital where she later died from her injuries. Maricela left behind three daughters.

“She was an innocent person,” Doroteo said. “It’s a huge tragedy. … We can’t believe it.”

Maricela dreamed of moving out of the neighborhood into a house in a safer neighborhood, but money was always a barrier, he said.

Maricela’s youngest daughter, Joanna Honorato, 18, sat and cried on the ground at a makeshift memorial at the driveway where Juan died. She held a framed picture of them tightly. Joanna and her sisters, Tania and Karen Turcios, 24, described their mother and stepfather fondly. Loved ones consoled each one with long hugs. 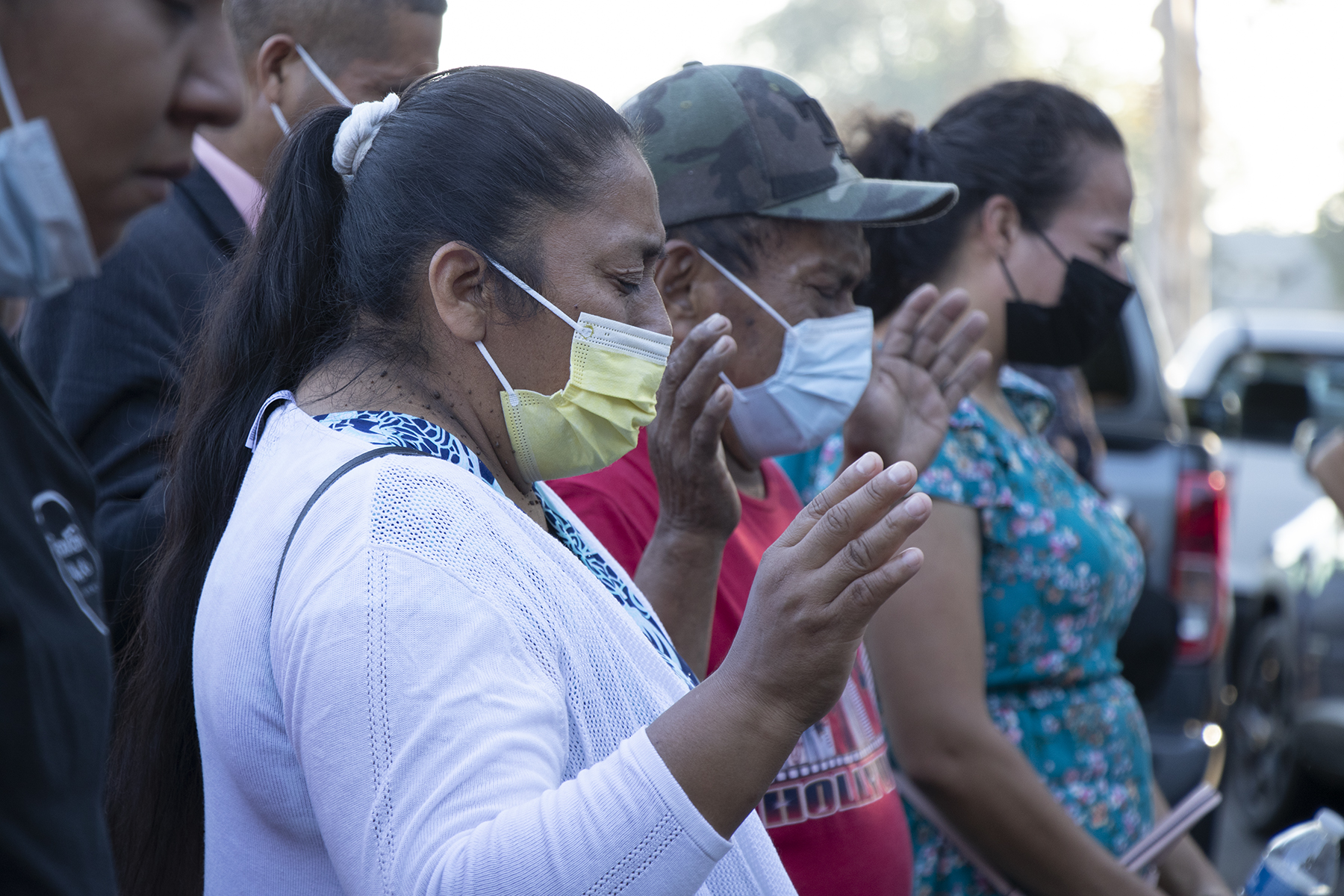 Family pray during a vigil for Juan Guizar-Gutierrez, 39, and Maricela Honorato, 44, who where fatally shot in the Willmore neighborhood, on Sunday, Sept. 5, 2021. Photo by Crystal Niebla.

Family described Maricela as a fun, humble and responsible woman. She especially liked doing silly dances at family parties. Doroteo showed a video of Maricela dancing while balancing a beer bottle on her head.

“My mom was the most sweetest person,” Karen said. “Alway pushed us to be a better person.”

Juan was thoughtful. “He’ll put others [before] himself,” Joanna said.

Tania described him as charismatic. “There was never a boring moment with him,” Tania said.

The sisters remember the family going on nature trips and to breakfasts at IHOP. Tania and Karen last saw their mother alive that morning after going shopping for clothes and shoes. After her parents’ deaths, Karen said she wants everyone to think about keeping loved ones close.

“… Tell them how much they mean to you,” Karen said.

The family is raising money on GoFundMe for funeral costs.

Editor’s note: This story has been updated with the information that the couple had lived together but were not married. 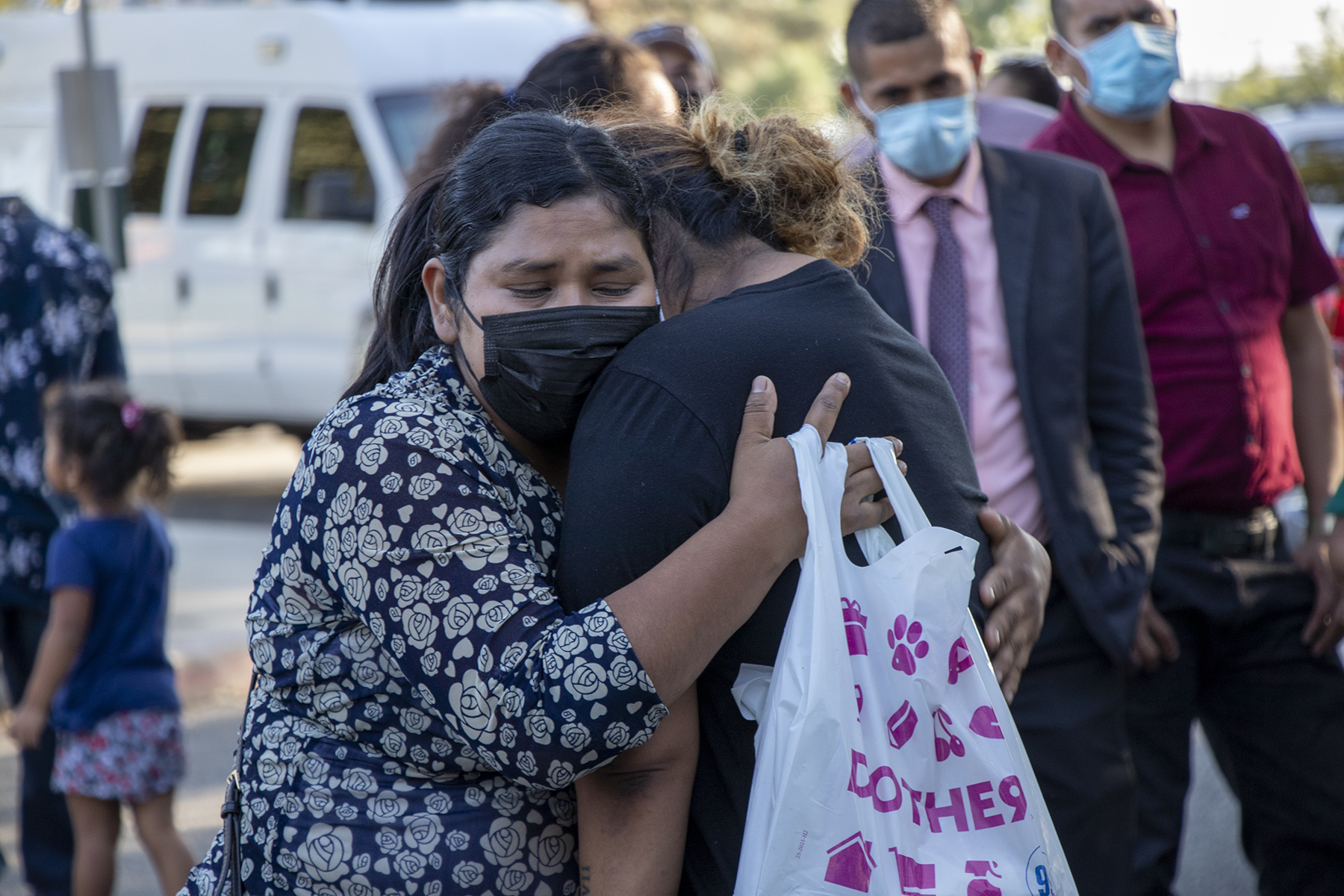