Editor’s note: This story is updated with the information that the couple were not married, but rather had lived together.

The Long Beach Police Department on Sunday identified the man and woman who were shot to death in the Willmore neighborhood last night as a couple from Long Beach who had lived together near the scene of the shooting.

Police said they found Juan Guizar-Gutierrez, 39, and Maricela Honorato, 44,  just across from Drake Park at around 8 p.m. Saturday. Each was suffering from gunshot wounds to the upper body. Guizar-Gutierrez and Honorato were found on the street, according to police.

Fire department personnel pronounced Guizar-Gutierrez dead at the scene and transported Honorato to a local hospital where she later died from her injuries, police said. 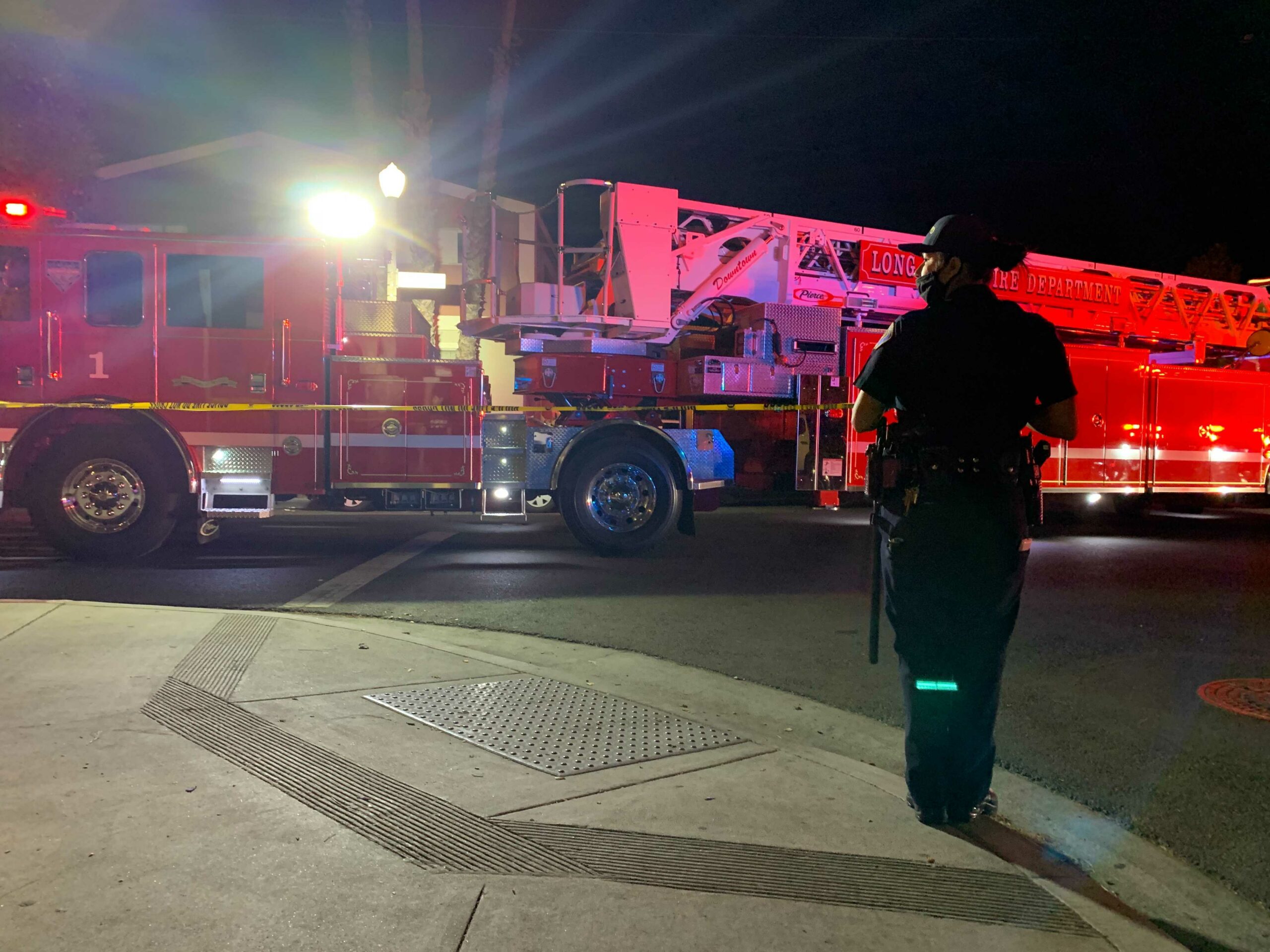 Long Beach police and fire personnel at the scene of a double homicide near Drake Park on Saturday, Sept. 4, 2021. Photo by Jose Cordon.

Homicide detectives are still trying to determine a motive for the shooting and exactly what led up to it, including whether it was related to an earlier 911 call about a fight that officers originally responded to, police said.

Neighbor Miguel Jaime, 45, said he saw a fight break out just before the shooting. He said in Spanish that there was a party outside of the historic Bembridge House on Park Circle, and a scuffle between at least two men started among a large group of people.

He was unsure who the men involved were and how it may have led up to the shooting.

Another neighbor, who declined to provide her name because she feared retaliation, said Guizar-Gutierrez and Honorato lived in an apartment on the block.

The woman said Honorato had arrived at the area in a white car that was parked on the street near where she was killed. Honorato and Guizar-Gutierrez were returning from a fishing trip, she said.

After hearing the gunshots, neighbors saw the aftermath of the shooting, including Honorato and Guizar-Gutierrez wounded on the ground, according to the woman.

“People got traumatized,” another neighbor, who asked not to be named, said in Spanish.

Homicide detectives are still trying to determine the exact circumstances leading up to the shooting, motive and suspect information, police said.

Police asked anyone with information regarding the incident to contact Detectives Ethan Shear, Jose Rodriguez or Michael Hutchinson at 562-570-7244. Anonymous tips may be submitted through Crime Stoppers by calling 800-222-TIPS or by visiting lacrimestoppers.org.