Editor’s note: Police have released more information about this shooting. An updated article is available here.

Long Beach police say two men were shot to death Saturday evening in a neighborhood near the Traffic Circle.

The gunfire began around 5 p.m. in the 3700 block of Esther Street, which is a block south of Pacific Coast Highway and three blocks west of the Traffic Circle.

One of the victims was left wounded on the lawn of a home on Esther, according to neighbor Donn Moscer.

“We were out here when this whole thing went down,” he said. Moscer didn’t see or hear the gunfire, but he saw someone down on the lawn and “saw guys running from there to a car.” 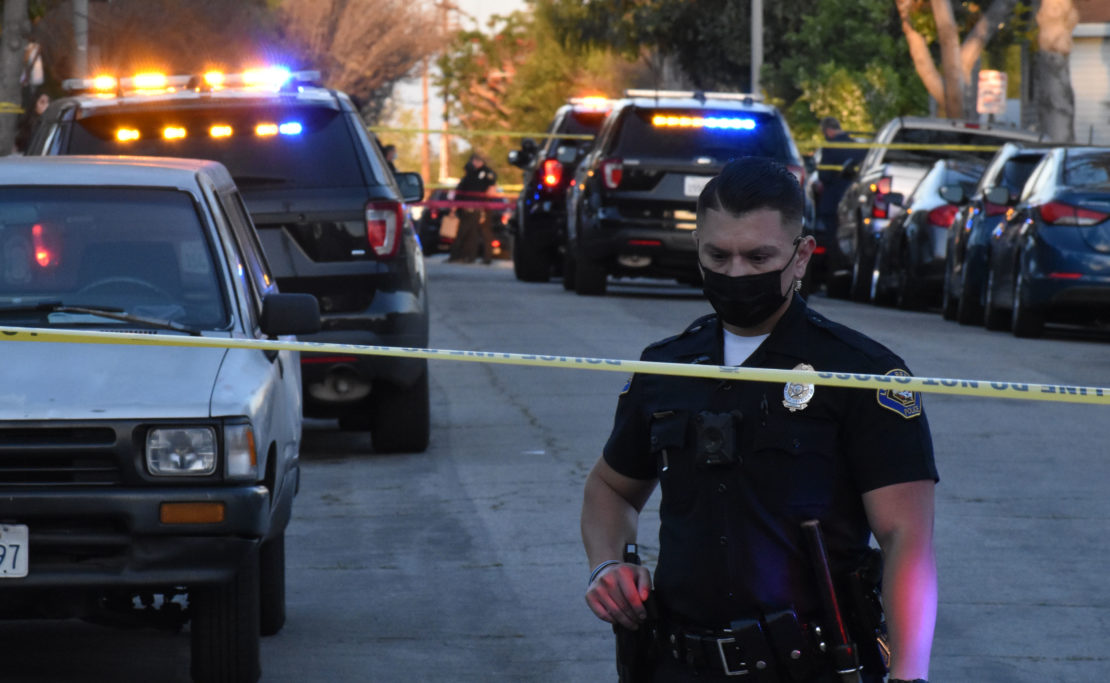 A police officer near the crime tape on Esther Street between Loma and Grand avenues on Saturday, March 27, 2021. Photo by Sebastian Echeverry.

Police said the suspected shooter ended up staying at the scene and cooperating with police. They didn’t immediately say if any other suspects were still loose.

Herrera said police found “weapons and other items related to the incident” at the scene, and they’re still trying to sort out an exact motive. Police, however, are investigating the shooting as gang related, Herrera said.

Detectives and forensics technicians were still combing through the scene Saturday night.

“Aside from the illegal fireworks, it’s normally quiet,” said another neighbor, Paul Pugh.

Editor’s note: This story has been updated with more information from police.