The Long Beach Unified School District is planning to apply as early as January for a waiver to reopen some campuses for students in kindergarten through second grade, according to Superintendent Jill Baker.

The decision would be a shift for the district, which until now, had held off applying for a waiver to host in-person classes for lower grades while its campuses remain largely closed until at least March 1.

Most schools across Los Angeles County have been barred from reopening in-person classes because coronavirus cases have never slowed enough to meet the required state benchmarks. But, earlier this year, state and county health officials modified their rules to let schools apply to reopen in-person instruction for grades second and below.

The LBUSD has held off on applying for such a waiver, with some school board members blasting the application process—which requires buy-in from employees associations—as “divisive” and “anti-union.”

However, in an interview last week, the superintendent revealed that the district has been planning to apply for the waiver, but the current surge of coronavirus cases this fall delayed the timeline.

“We had actually done the preliminary work of collaborating with TALB (Teachers Association of Long Beach) prior to Thanksgiving,” said Baker. “When the health conditions were looking like they were still heading in the right direction we were hopeful of bringing in small groups for TK-2. … We had a good discussion with TALB and then had to halt the planning because we want to make a good common-sense decision.” 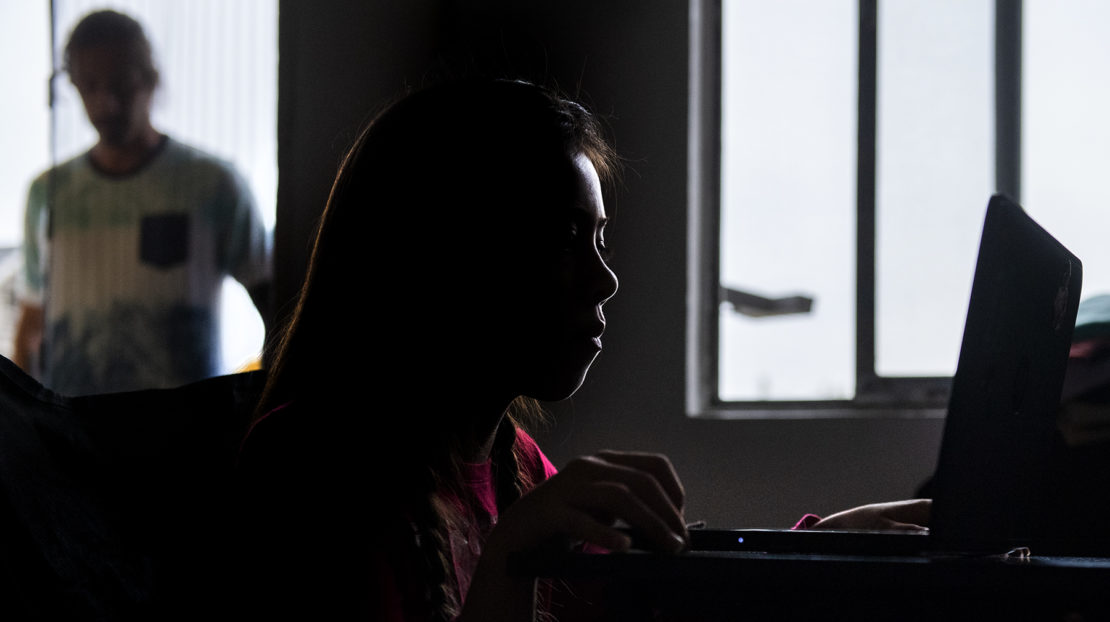 In this file photo, the morning light comes through the living room window as Allison Alcala, 11, attends the first day of virtual school through her laptop from her apartment as her father stands in the doorway in Long Beach Tuesday, Sept. 1, 2020. Photo by Thomas R. Cordova.

Even with the current surge that’s threatening to overwhelm hospitals with COVID-19 patients, Baker said the school district is hoping to open campuses for some of the district’s youngest students prior to March 1.

“There’s a prediction that after Christmas and New Year’s they’re expecting a surge, which we’re hoping calms down and gets us into better health conditions towards the end of January,” said Baker. “That will allow us to plan for and phase in TK-2.”

That phase-in will include cohorts of special education students. Baker stressed that while the district is hoping to move as quickly as possible while still being safe, that doesn’t mean gates will be flung open for regular school. For one, the district will likely start with a few schools at a time, targeting the neediest areas where children are facing the biggest challenges.

“Even if we get a waiver, I want to dispel the idea that this will be like a light switch turning on,” she said. “It’s going to be methodical. A school in each board area would be five schools, which is different than all 52 schools with TK-2. We will proceed at first methodically before we further open.”

Still, the news that the district is planning to move forward with a waiver application in January or February could ease the burden on families of young children, many of whom have struggled to find childcare for the last nine months. When the district asked elementary-school parents whether they wanted to sign their children up for in-person learning or virtual learning over the summer, 58% of parents requested some form of in-person schooling.

So far the city of Long Beach’s health department has granted nine reopening waivers for private schools offering kindergarten through second grade, mostly in East Long Beach. Those schools serve 608 students, a significantly smaller population than the 15,000-some students in the three grades in the LBUSD, with more than 50 campuses at the elementary school level. 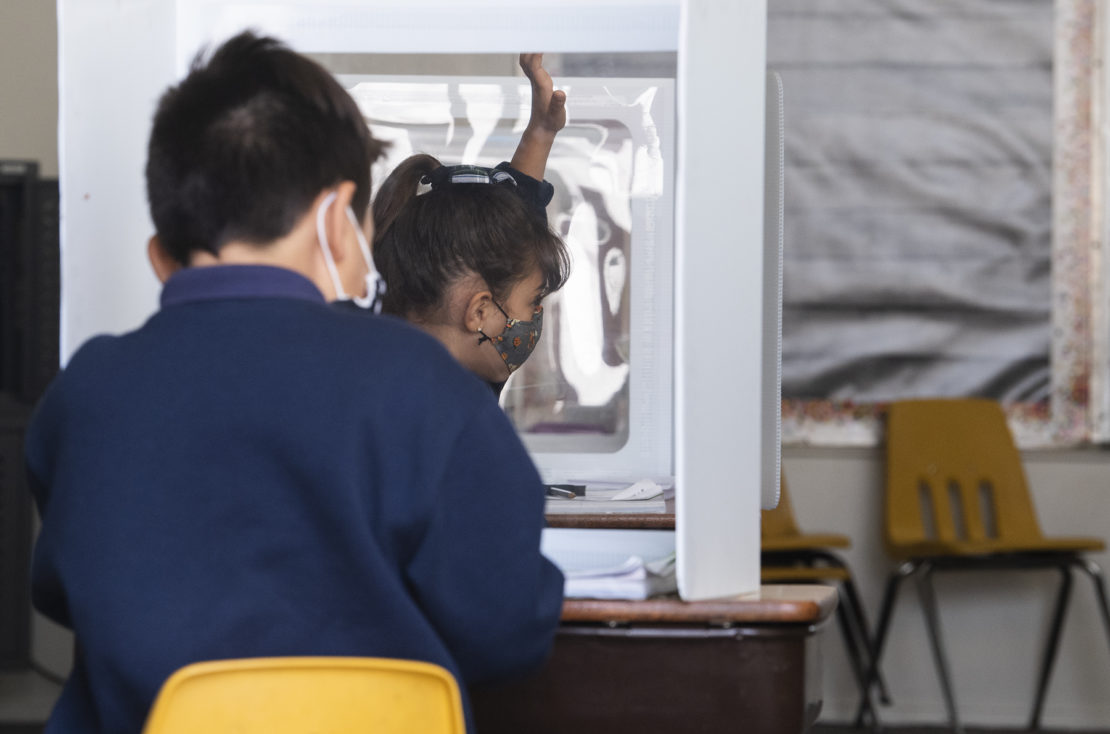 In this file photo, a student raises her hand at St. Maria Goretti, a private school that’s been granted a waiver to reopen lower grades in Long Beach Monday, October 26, 2020. Photo by Thomas R. Cordova.

The school district currently has about 1,600 kids on campuses for preschool or childcare programs, and has had 32 students test positive for COVID-19 since school began on Sept. 1.

The news about the LBUSD’s intentions to apply for a K-2 waiver also signals that the school district hasn’t given up on in-person learning this school year, despite recently pushing back the planned date for a wider campus reopening to March 1.