Standing outside a liquor store near the intersection of Cherry Avenue and 64th Street in North Long Beach, Jeff Rowe and Virginia Carmelo examine two patches of untrimmed grass and weeds growing near the curb as the hot August sun beams down on them.

The patches are only a few feet long horizontally and even shorter vertically. A parking sign crookedly sticks up from the ground.

It’s not much at first glance, but the pair is optimistic that the patches of grass will eventually be transformed into ceremonial gardens filled with plants and herbs that were crucial to the indigenous Tongva tribe who predominated the area almost 10,000 years ago.

But it’s not the first time Rowe and Carmelo have worked together to honor the Tongva people.

The name change also comes at a time when Long Beach is preparing to redraw its council district lines. Long Beach Deputy City Manager Kevin Jackson said the city intends to fully recognize the neighborhood’s new name on an updated map of the city’s neighborhoods. The map will be updated sometime after Sept. 8.

Rowe, president of the newly-named Nehyam Neighborhood Association, is hoping to plant sage, chia, yerba manso, three-leaf sumac and California wild grape at the proposed garden sometime in the fall. It will also feature a plaque posted on the liquor store wall that will educate those who walk by on Tongva history.

He said there’s no need for a construction permit from the city, just approval from the owner of the liquor store who has already given him permission to create the garden.

Rowe gestured over to Carmelo, who is a descendant of the Tongva tribe. “Her ancestors figured out how to make shelter out of them, which ones to eat and which ones to make medicine out of,” he said. 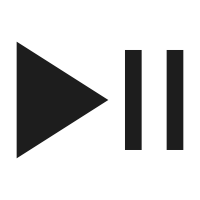 Grant’s presidency during the late 1800s attempted to juggle western expansion and peace between the federal government and the indigenous people.

Policies made to assimilate tribes to Western culture were adopted, which proved catastrophic for the tribes.

The old neighborhood name was something Rowe and other members within the neighborhood organization believed they could no longer stand behind, and it was Carmelo’s knowledge of her ancestors’ culture that guided their renaming project.

“As a Native American, within our cultures, it is always a protocol to recognize the original people of the lands, and now we are here expanding it to other cultures,” Carmelo said. “It’s just a matter of respect—just basic respect.”

The Tongva, also known as the Gabrielino-Tongva, is a tribe of mostly nomadic gatherers who originally settled throughout the Los Angeles basin, including parts of Signal Hill and Long Beach, before European settlers moved in and began to urbanize the region.

Very little history surrounding the Tongva has been officially recorded in comparison to more well-known tribes. The lack of records has made any effort to earn federal recognition, medical and financial support nearly impossible.

Among the lack of cultural records, there is also no official alphabet for the Tongva language, and many linguists and cultural consultants, such as Carmelo, have had to develop one over time.

The history of the Tongva people lives on through monuments and the tribe’s descendants like Carmelo, who speaks the native language. 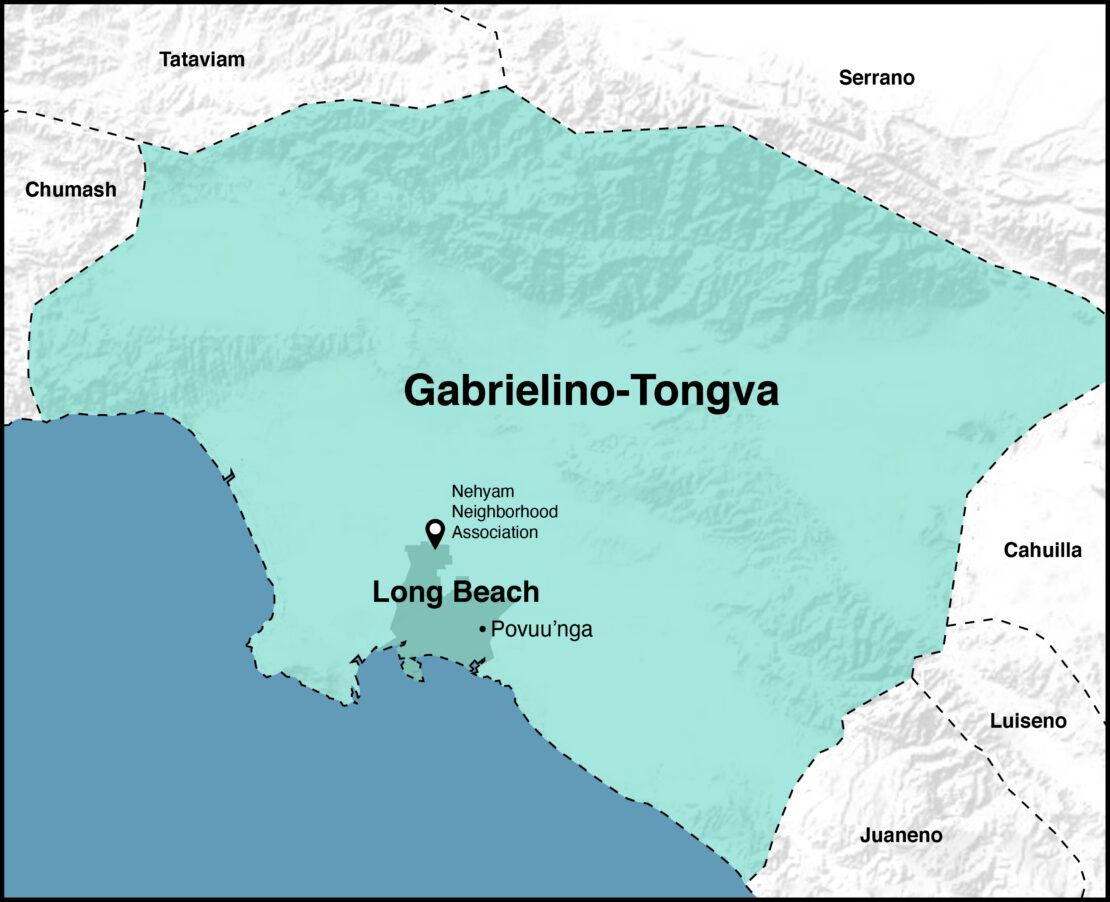 The founding of the Grant Neighborhood Association can be traced back to 1974. However, Rowe believes it could have been created a few years before then.

The association established a clubhouse in the old Long Beach Fire Station 12, in the heart of the neighborhood at 6509 Gundry Ave. The group has hosted weekly crop swaps to provide residents with healthy food and has conducted meetings out of the fire house.

In 2019, Long Beach officially recognized a block within the Grant neighborhood as a historic district—the first in North Long Beach—in order to preserve the old suburban houses that were constructed there in the 1930s.

To earn that recognition, Rowe said the neighborhood association had to sort through multiple files to provide city planners with evidence to support the neighborhood’s historical significance.

While sorting through records, Rowe said the association discovered that homes in the neighborhood were originally sold only to White families, which underscored a history of redlining and discrimination that has affected some communities in Long Beach for generations.

“It was painful to find that out. That this was our heritage,” Rowe said.

The group debated for months on what the name should become. Meanwhile, Rowe saw an opportunity to name the neighborhood association after something that would pay homage to the tribes that lived in the area because there were very few monuments dedicated to them. 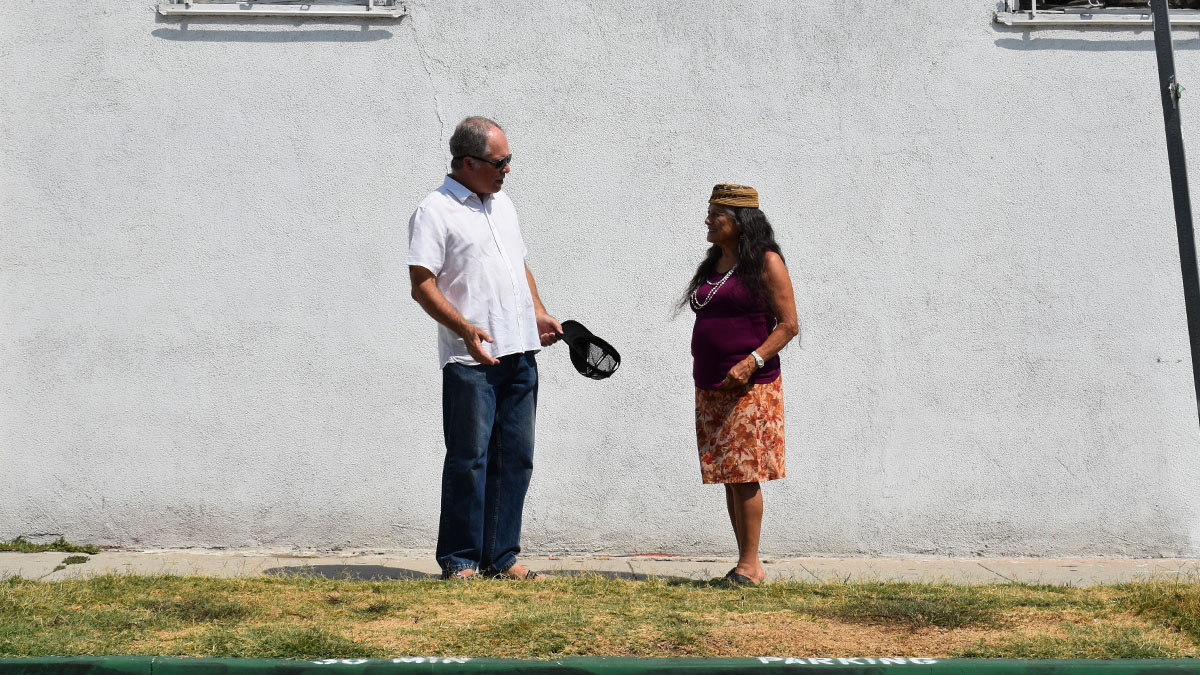 Jeff Rowe, left, and Virginia Carmelo speak about the creation of a garden of native plants in North Long Beach on Wednesday, Aug. 25, 2021. Photo by Sebastian Echeverry.

Rowe contacted the Gabrielino-Tongva Indian Tribe Council office in Los Angeles about the renaming idea to which they approved.

The council helped him get in contact with tribe members in the Long Beach area, eventually reaching Carmelo’s son, who told him his mother had experience in cultural consulting.

“We just wanted to observe and recognize the first people here. That was our real reasoning,” Rowe said. “Particularly, our conversation started after George Floyd. It just seemed like we couldn’t just ignore Grant’s legacy.”

At first, not everyone in the neighborhood association agreed with the name change.

Rowe said some members argued that Grant was part of the nation’s history and that it should be preserved. Rowe responded by saying there was no record that Grant stepped foot in North Long Beach, which he believed helped him win over those who remained hesitant.

Efforts to address the history of the indigenous people in Long Beach is not a new concept.

In a similar case to Rowe’s neighborhood association, Cal State Long Beach made a decision in 2018 to retire the school’s mascot Prospector Pete and change it to a shark.

The controversial decision was made amid growing concerns from students and activists who believed the historical accounts of violence toward the Native tribes from gold-seeking prospectors during the state’s Gold Rush era was something the school should not celebrate.

A year later, the school faced backlash over the construction of a student housing facility in which crews moved dirt and debris onto a nearby parcel of land called Puvungna that is sacred to the Tongva. The incident has led to arguments in the courtroom over the protection of sacred lands.

Carmelo believes the push for tribal recognition is something that should have taken place a long time ago, but the steps that Rowe and the diverse community in North Long Beach have taken are welcomed.

“It’s always an honor for anyone to recognize our elders and ancestors,” Carmelo said. “But when we see other cultures putting it out there, that recognition, it’s of great importance.”