As usual, big-spending home-buyers favored homes as close to the water as they can get. And in 2022, it was once again a clean sweep by properties in Naples and the Peninsula in the battle for the top 10 priciest homes in Long Beach.

Typically, those areas dominate the top 10 each year, but occasionally a large, prestigious property in  Park Estates or the old-money neighborhoods of Los Cerritos sneaks in an entry. But, in a repeat of last year’s list, it was all waterfront this year.

The year’s most successful Realtor in the top 10 was Keith Muirhead of Compass. Muirhead’s year was capped by the listing and sale of a 6,182-square-foot property at 15 The Colonnade in Naples for $8.4 million, just $125,000 shy of being the highest price ever paid for a home in Long Beach, a record still held by a massive 9,672-square-foot home at 55 Vista Del Golfo in Naples that sold for $8.525 million in 2015 and is now estimated to be worth more than $1.5 million. Muirhead also closed on three other top 10 properties in 2022. 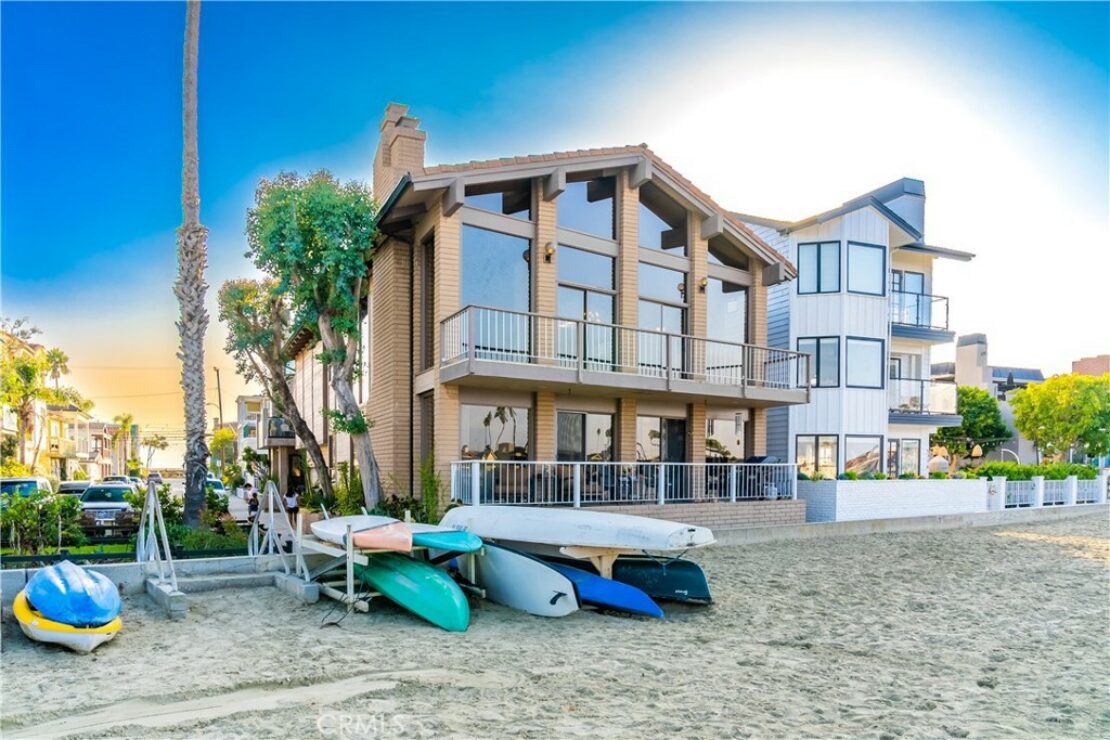 A condominium entered the top 10, with a selling price of just $25,000 above last year’s No. 10 home. This four-bedroom, four-bath beach pad is right on the sand on the Alamitos Bay side of the Peninsula. It was sold by Realtor Juan Huizar of Sage Real Estate on Oct. 31. 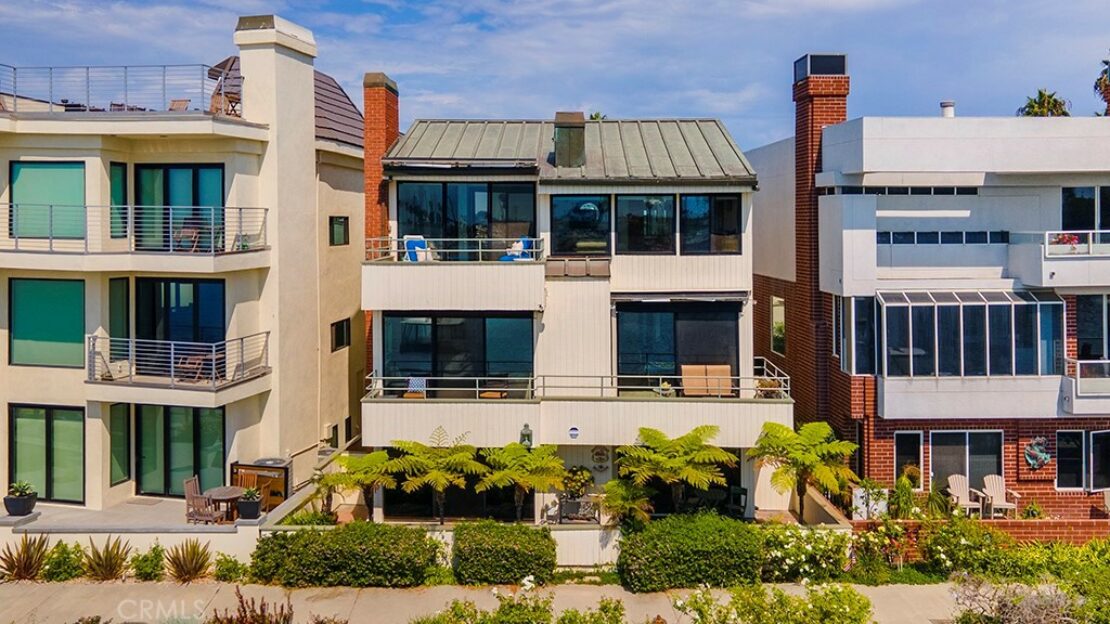 This three-level home on the Gold Coast (or even more high-falutin’ Costa D’Oro) of Naples has three bedrooms and three baths, a copper roof, two fireplaces, a sundeck off the kitchen for entertainment and balconies/patios on every floor. Listed by Moe Shahbani of Coldwell Banker at $3.695, it sold on Oct. 17 for $3.805 million. 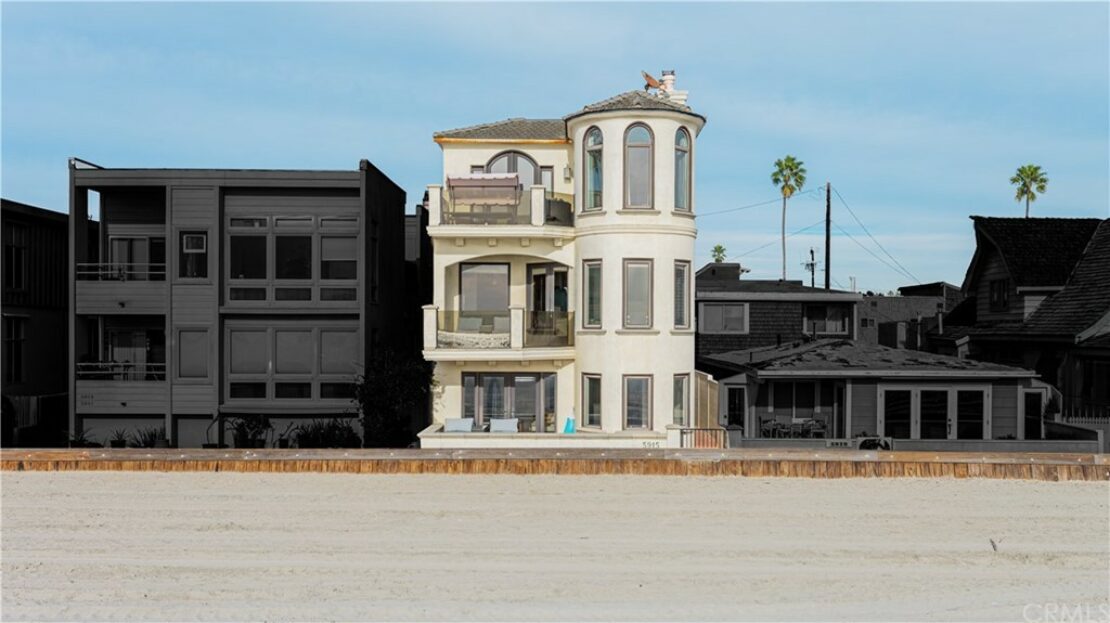 A three-level Mediterranean Revival home near the middle of the Peninsula on the ocean side offers stunning views from its three levels. A rare feature for the area is the home’s six parking spots, including a four-car garage with storage cabinets. Two primary suites are on the third level, including one with a wood-burning fireplace. The home was listed by Keith Muirhead of Compass, closing on April 26 for about $140,000 under its ask price of nearly $4 million. 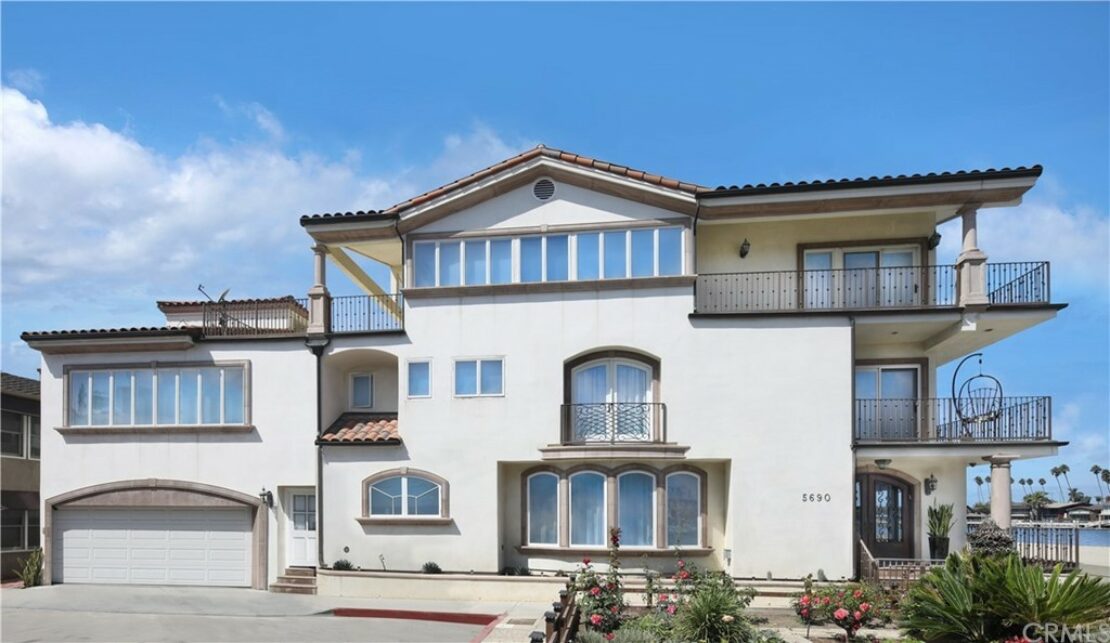 This three-level Peninsula home on the Alamitos Bay side has four large bedrooms and five bathrooms along with a library/office, two fireplaces and a two-car garage. The property also comes with a one-bed, one-bath back unit with a bay view and a separate entrance. It sold on Jan. 19 at $250,000 below its asking price of $4.5 million. Listing agent was Olga Megdal. 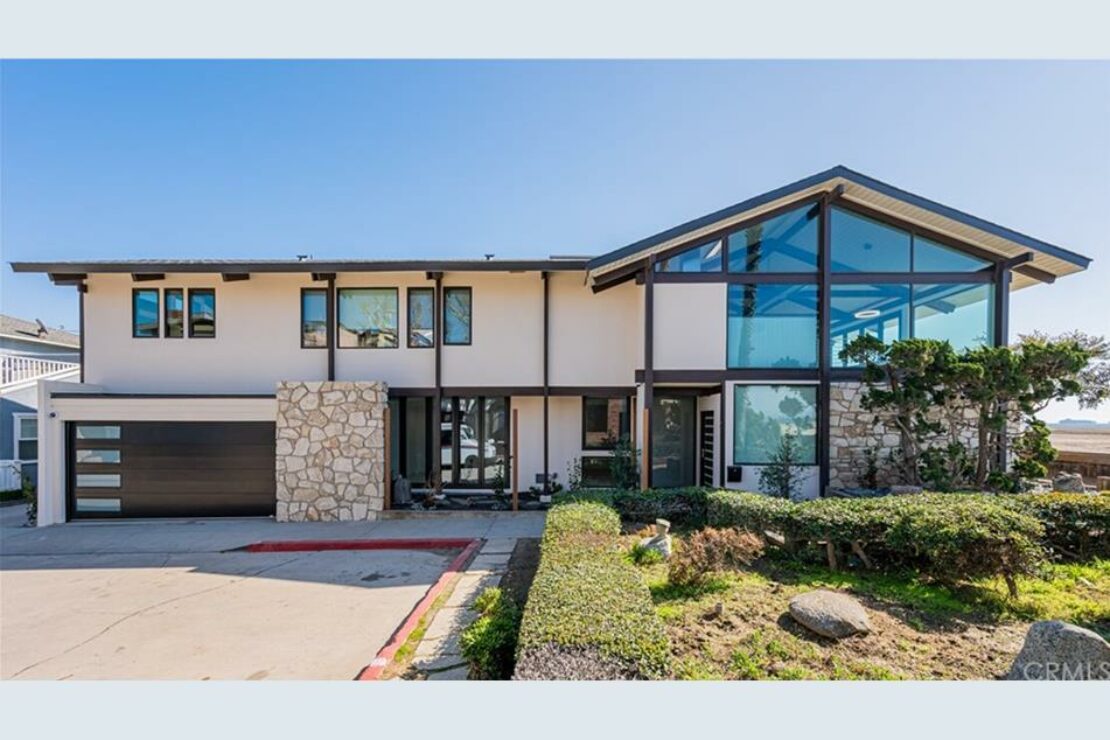 Designed by architect Edward Killingsworth in 1956 for Dr. Thomas Kiddie and his wife Mary, this four-bedroom, four bath mid-modern home at the northwest end of the Peninsula was renovated and partially remodeled in 2018, but still retains several Killingsworth touches, including a floating wood staircase and Catalina stone walls in the formal entry. The upstairs master suite includes folding doors to the outdoor patio and wood beam ceilings and built-in wardrobe closets. The home was listed by Keith Muirhead, originally for $5.179 million. It was purchased Feb. 23. 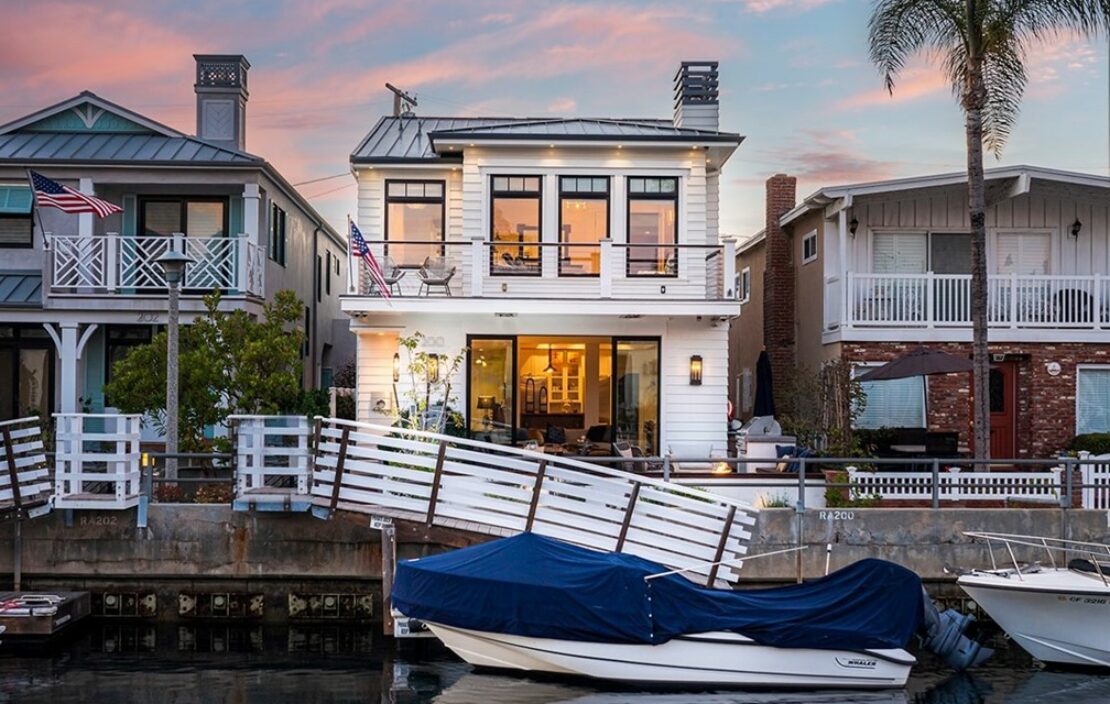 Squeezing into the top 5 by just $20,000 is this canalside four-bed, three-bath home. Its key feature is its disappearing living room doors that lead out to a waterside patio with a built-in barbecue and a fire pit that’s ideal for entertaining guests. If you don’t want to entertain and prefer to be left alone, head up to your primary suite with its access to the upstairs balcony and enjoy your view. The 2014 home, listed by Crystal Glenning of Compass, was originally listed at $4.675. It sold on Nov. 1. 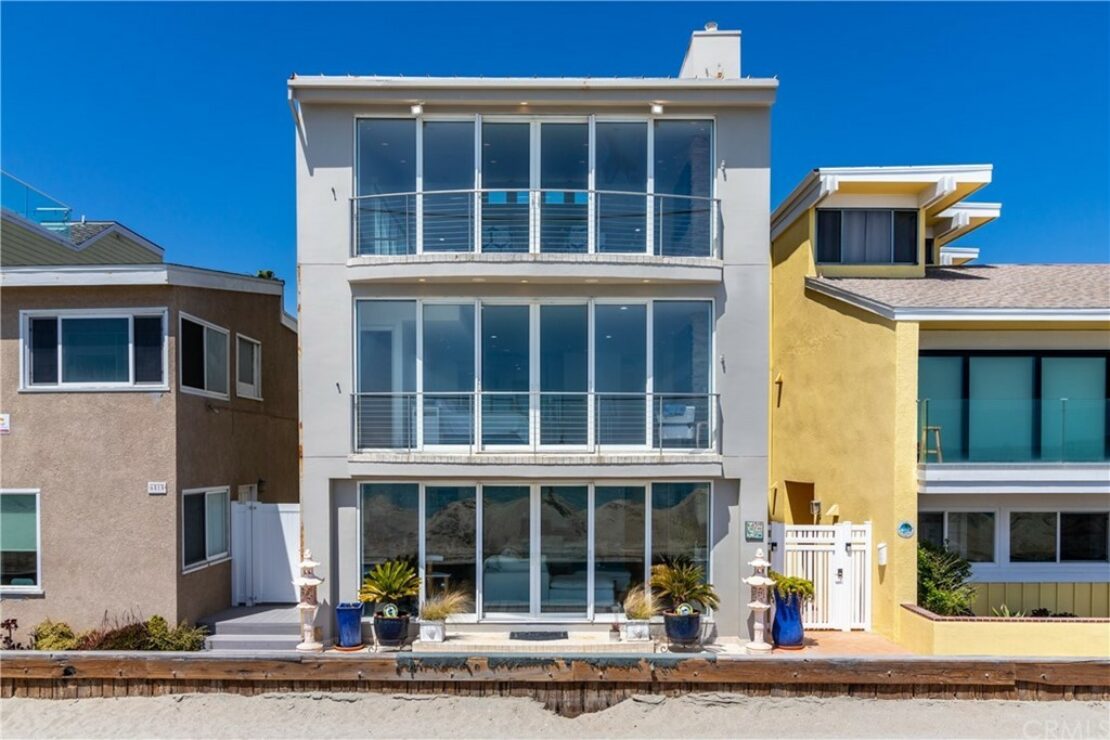 This four-bed, six-bath home on the Pacific Ocean side of the Peninsula offers nonstop views from all three levels, though the seasonal defensive berm on the beach may hamper the ground-level vistas. Otherwise, enjoy the scenery from indoors through floor-to-ceiling windows, or outdoors from the second- and third-floor balconies. And allow us to suggest a glass of wine from the home’s 1,600-bottle-capacity wine closet. The home was originally listed at $5 million by Nationwide Realtor Spencer Snyder. It’s his second listing in the top 10. 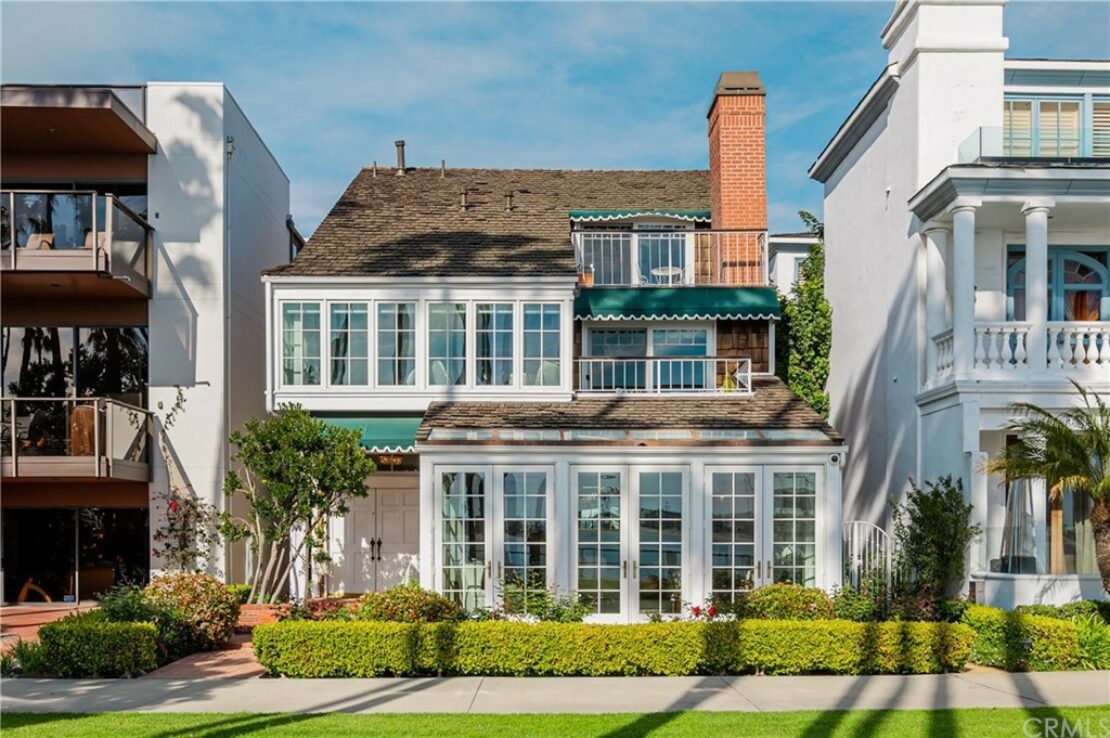 One of the best-looking homes in all of Naples, this Cape Cod-style three-story home is one of 37 homes built along Naples’ prestigious Gold Coast. The property fronts on the aptly named Overlook Park that brackets views from the home with towering palms and has the effect of the home having a large greensward leading to the water. The house includes a private 40-foot U-shaped dock which can accommodate two large boats. In addition to its four bedrooms and three baths, it has an inviting sunroom at the front. The primary suite includes a dressing area, a walk-in closet and a fireplace. The home was listed by Keith Muirhead at $5.2 million. 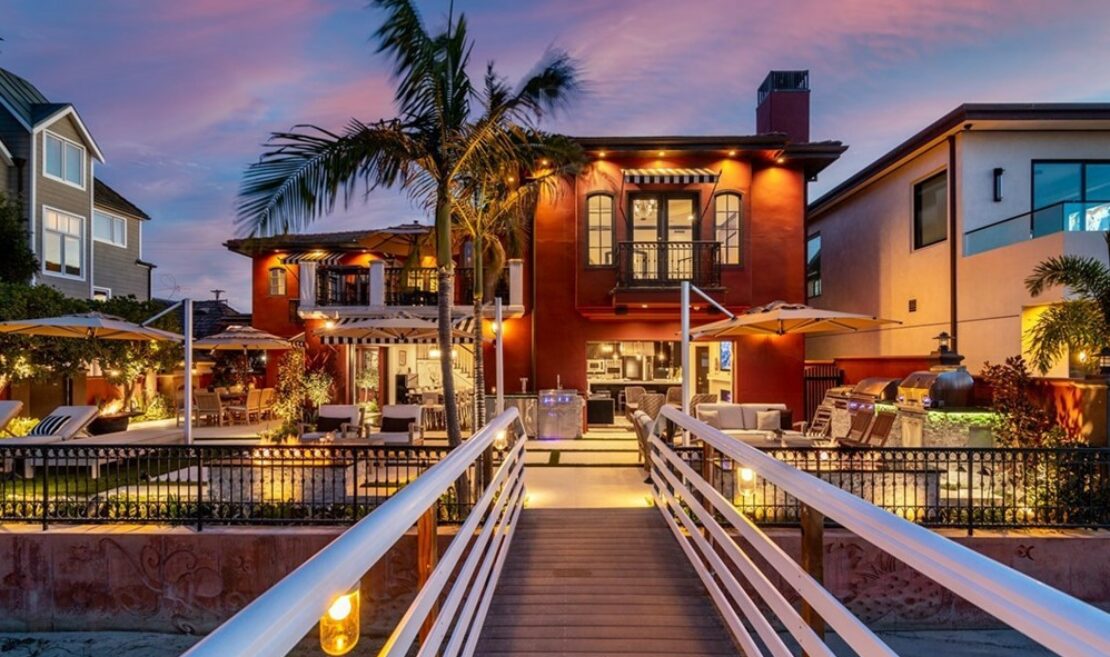 In second place by almost $2 million is this luxurious mansion on the northern side of Naples Island. Right on the canal, the four-bedroom, five-bath palace is 4,300 square feet in size on an oversized (for Naples) 4,977-square-foot lot. It’s an opulent home, from its mirror-finish dark oak hardwood floors to its array of tech gadgetry like a Crestron control system for lighting, audio and video. The foyer features a guest powder room and walk-in wine cellar and its primary suite is ensuite with a Jacuzzi tub, walk-in shower and a massive walk-in closet. And, of course, there’s a big front patio behind the gated front entrance with built-in umbrellas and, beyond that, three boat docks with additional seating areas. One of two top-10 properties listed by Spencer Snyder, it was originally listed at $7 million. It sold in February. 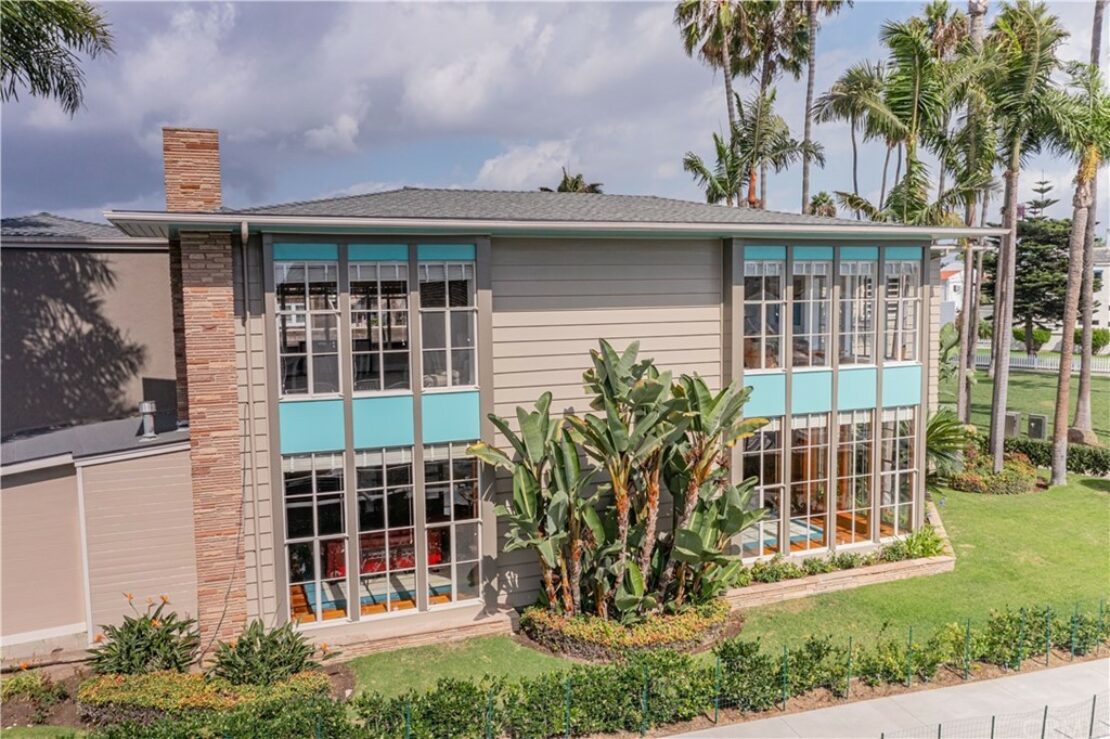 Dominating more than a quarter-acre of land at the intersection of Naples, Rivo Alto and Colonnade canals, this home was designed by noted architect George Montierth whose works include the Long Beach Convention and Entertainment Center, the Long Beach Yacht club and various churches and schools. While most canal-front homes in Naples have docks and slips, this one has a marina big enough for numerous craft. The home features tiered banks of paned glass coursing across both floors allowing for awesome views. Long wings run down both sides from the main portion of the house and border the the kidney-shaped swimming pool. The house resembles a resort in many ways and is packed with such features as a walk-in wet bar, a grand formal entry with 20-foot ceilings, an oversize marble fireplace in the living room as well as in one of the primary bedrooms, and a guest house with its own bath and shower. The home was original listed by Keith Muirhead at $10.6 million. It sold on Aug. 1.