For Martin Docherty-Hughes, a member of the United Kingdom Parliament who represents the area of West Dunbartonshire in Scotland, the Queen Mary is more than a Long Beach tourist attraction, it’s part of the legacy of his family and his hometown of Clydebank.

Set on the banks of the River Clyde west of Glasgow, Clydebank was once home a booming shipbuilding industry fueled by the marine engineering firm John Brown & Company, the town’s largest employer at the time. The shipyard in the 20th century churned out some of the world’s great ocean liners, including the Queen Mary, the Royal Yacht Britannia, the RMS Lusitania, the Queen Elizabeth and the Queen Elizabeth 2.

Docherty-Hughes’ father, an 87-year-old coppersmith who still has his old welding kit, and grandfather both worked in the shipyard. His great-grandfather worked on the Queen Mary.

“For the people in my generation, our parents, our grandparents and our great-grandparents all worked in the great shipyards,” said Docherty-Hughes, 50.

As someone who views the Queen Mary as an important part of working-class Scottish heritage, Docherty-Hughes, a member of the Scottish National Party who has served in Parliament since 2015, said he’s deeply concerned over recent reports of the ship’s condition. 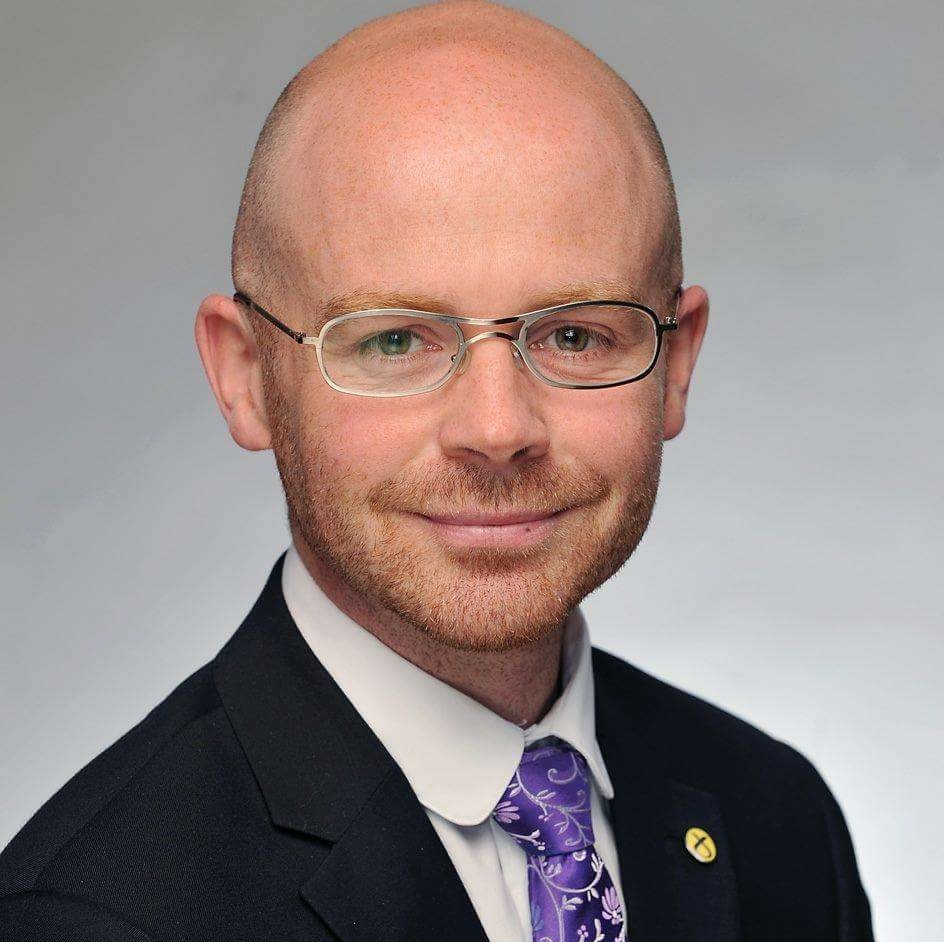 Long Beach bought the Queen Mary in 1967 for $3.45 million, and for decades the city has leased the ship to a string of operators who have failed to make a profit. The ship’s latest operator, Eagle Hospitality Trust, filed for Chapter 11 bankruptcy in January and the city is now battling with the leaseholder in bankruptcy court over the Queen Mary’s future.

A city-commissioned inspection report released in court documents last week says the historic vessel is in worse condition than previously thought and will need an additional $23 million in urgent safety repairs to keep it viable in the next two years. The ship could be in danger of flooding or even capsizing if the repairs aren’t addressed, according to court documents.

The Queen Mary in the meantime remains closed until further notice.

In an interview with the Post on Friday, Docherty-Hughes said the city of Long Beach has failed to properly care for and preserve an important piece of history.

“For me, coming from a very working-class community, to us, this is an utter disregard for the cultural significance, and the historic and artistic value of this extraordinary icon of the Art Deco period,” he said. “It beguiles me as a parliamentarian that it’s been allowed to get to the stage.”

The ship’s future remains in limbo as the city considers transferring control of the Queen Mary to the Harbor Commission, which oversees the Port of Long Beach. The city will likely have to make tough decisions on the ship’s future as it continues to deteriorate. However, Long Beach Mayor Robert Garcia this week said he wants to preserve the ship.

Docherty-Hughes said Long Beach will need help if wants to save the Queen. He plans to speak out on the ship’s fate on the floor of the House of Commons and will reach out to the U.S. Ambassador.

The Queen Mary also has strong supporters in the town of Southampton, England, where the ship was based before moving to Long Beach.

Dave Smith, a member of the Southampton-based RMS Queen Mary Association, which has about 200 members that include mostly ex-crew workers, hopes to see it preserved.

“The ship is the last of her kind and everything should be done to try and save her,” he wrote in an email. “I would hate to see her used as razorblades, etc. … She was a lovely ship in her heyday but it is all about the money.”

For the town of Clydebank, the boom in shipping work came at a great cost for its people. Shipyard workers dealt with large amounts of asbestos, and as a result, the town to this day has one of the highest rates of mesothelioma and other related cancers in all of Europe, said Docherty-Hughes.

“There is a legacy here of great pride in the construction, industrial architecture of the 20th century, the artistry of that design for the people who constructed it, but there is also the living legacy of conditions related to asbestos, which have had a profound social and economic impact on this community,” he said. “The very notion that this great icon is in such serious trouble, it hits home that the sacrifice of so many people over so many years working on this ship is left to rot.”

Docherty-Hughes said he hopes Long Beach can take ideas from similar vessels that have been restored, such as the Royal Yacht Britannia, the former yacht of the British monarch that sits in Edinburgh as a tourist attraction, and the Cutty Sark, a British clipper ship in London.

One option could be dry-docking the ship and keeping it as a museum, he said.

“I think it would be a profound dereliction of our commitment to culture and to art to see this slowly sink beneath the waves,” he said.

Docherty-Hughes’ office in Clydebank actually sits on the former Queen Mary landing berth. Across the street is a former crane used to build the Queen Mary and other ocean liners. The crane is now a tourist attraction and bungee jumping platform.

Docherty-Hughes has never been to Long Beach, but in his office he keeps a stamped piece of the Queen Mary’s deck, which was gifted to him, a congratulatory plaque from former Mayor Beverly O’Neill thanking the town of Clydebank for its contribution to history.

He said he would love to one day see the Queen on the banks of the River Clyde, but knows that probably is not possible.