The Perez family is still trying to make sense of what happened Tuesday morning when they lost Jaime Perez, a beloved father, husband, son and teacher.

Jaime, 55, had just had breakfast with his wife and walked to his car parked in front of their home to head to work at 7:30 a.m. when two young men or teenagers attempted to carjack him, his family said.

A neighbor described to his family what they saw on their security camera: the men tried to open his driver side door, Jaime shut the door and they shot at him, hitting him once in the shoulder.

Susana, Jaime’s wife, could hear about six gunshots, she ran outside and saw the two suspects, but didn’t know what was going on.

Jaime chased after the suspects in his car to the nearby intersection of Magnolia Avenue and Wardlow Road where he crashed into their car. There, the suspects got out and shot him through the windshield, a witness said. His youngest son, 23-year-old Daniel, had run to the intersection to find his dad slumped over the wheel of his Nissan Xterra.

He stayed by his father’s side until they said their goodbyes at the hospital.

Chasing after the men who attacked him wasn’t out of the ordinary for Jaime, his family said. They believe he was trying to protect them in a completely random carjacking.

“He was always fighting back,” said his second youngest son, Calvin. “Even as a teenager, he always fought for what was right.”

Calvin recalled a time when a man tried to steal a stereo from Jaime years ago. He chased after the suspect, caught him and the police arrested him.

“He was a hero,” Calvin said. “He was definitely protecting my mom. He was a superhero in my eyes.”

He and his wife Susana would have celebrated their 34-year wedding anniversary on Dec. 12.

Jaime was the oldest of four sons. On a coffee table in the family’s Long Beach home, a three-year-old photo of the brothers sits among flowers and candles next to a smiling selfie of Jaime at the beach. 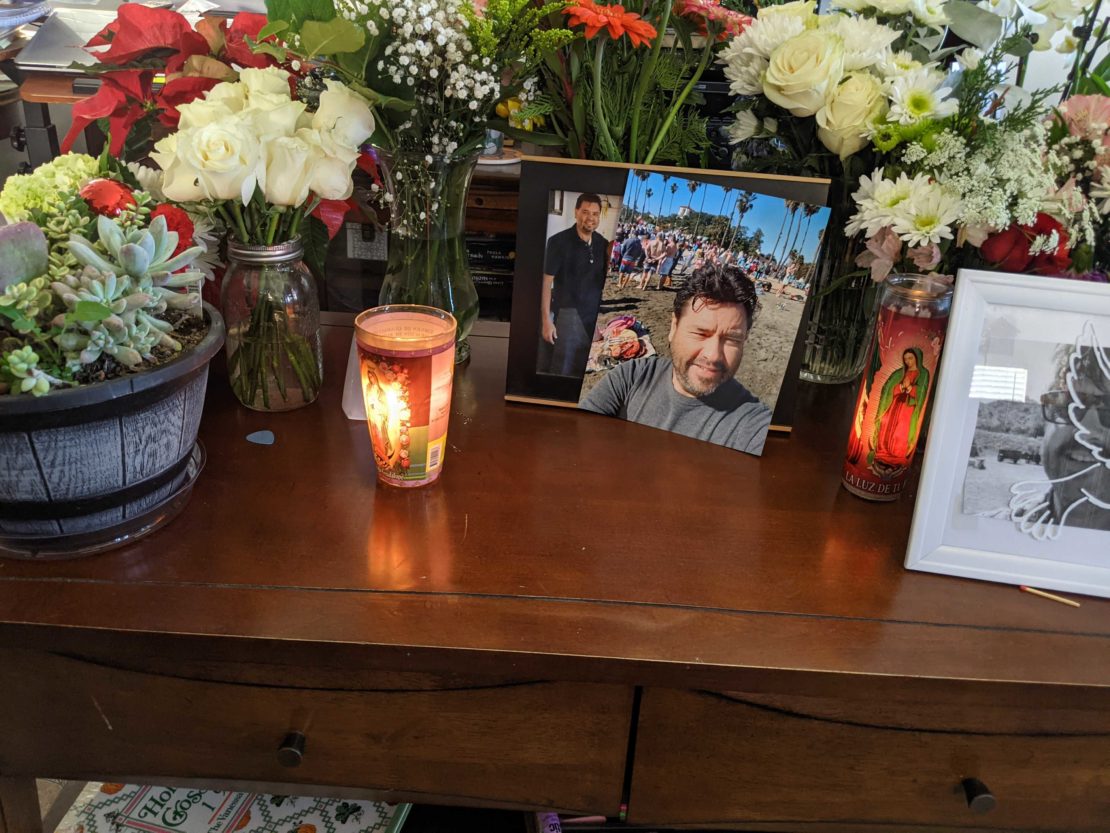 Flowers and candles surround a photo of Jaime Perez and his brothers at the family’s home.

As Calvin speaks about Jaime, his uncle Carlos picks up the selfie photo and holds it up for the room to see. Next to the photo, Calvin is a spitting image of his father.

“He was very happy and talkative,” Salvador says. He just saw his son on Thanksgiving in Arizona. The family usually goes to Salvador’s home there to celebrate together.

“This family has always been united and together,” Salvador says proudly of his son.

Calvin described his dad as charismatic, funny and completely supportive of his own four sons, ranging in age from 23 to 33 years old. He laughed when he recalled a time that Jaime found his youngest son’s high school drumline uniform and tried it on himself to be funny. Any time they wanted to try something new, he let them, but never wanted them to “half-ass” anything, Calvin said.

Jaime was passionate about his job as a high school special education teacher for Compton Unified School District. He had been diagnosed with bipolar depression when he was young and wanted to help people with the same condition, Calvin said.

He fell in love with teaching when he volunteered to teach English learners at Banning High School shortly after graduating from Cal State Long Beach with a degree in film studies, according to the family.

“He was always on a higher path,” Calvin said. “For us, for himself.”

Jaime’s influence in his community is apparent in the outpouring of support after his death: In three days, a GoFundMe for funeral expenses exceeded its $15,000 goal.

As his daughter-in-law Cynthia Perez wrote in the fundraiser: “Anyone who has had the good fortune of having had their lives touched by Jamie is better for it.”

The family will be having a socially distanced, masked vigil in the Wrigley Heights neighborhood, near the intersection of Magnolia Avenue and Wardlow Road, at 5 p.m. on Sunday, according to the fundraiser page. 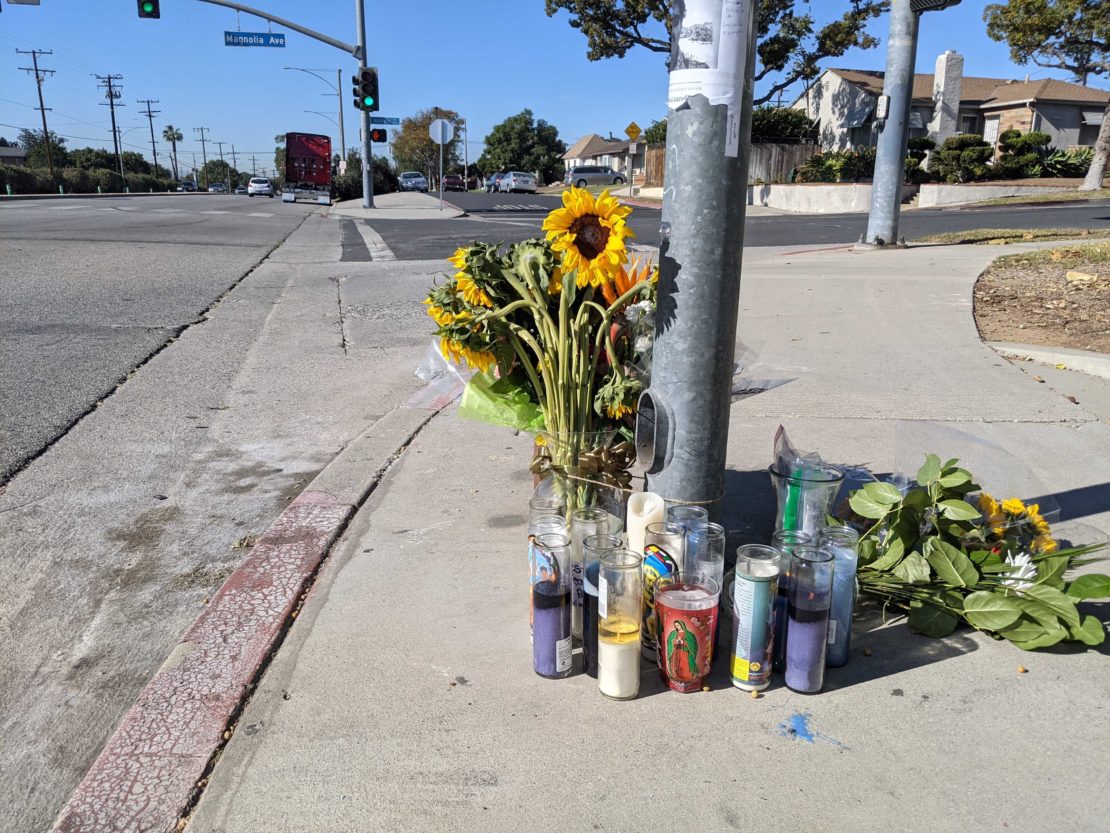 A small memorial of flowers, candles and notes has been laid out on the spot where Jaime Perez was shot. Photo by Valerie Osier.