Within just a month, the number of rescued baby elegant terns, a local seabird species, rose from just a few dozen to more than 2,000 as of this week, officials at International Bird Rescue in San Pedro announced.

The chicks, who aren’t quite ready to fly or swim, keep stumbling off into the water from two anchored 180-foot-long barges in the Long Beach Harbor, according to officials.

“The elegant tern chicks on the barges are beginning to fledge, testing their flight muscles, and stretching their wings,” International Bird Rescue officials wrote in a statement. “This new burst of youthful activity is adding a new flavor—and new urgency—to rescue efforts in the water.”

The seabird colony of 3,000 to 4,000 adults generally nest on sandy beaches or lagoons. But due to human encroachment and activity, nesting spaces have dwindled. Officials suspect that’s why these elegant turns chose to colonize on these barges, which leaves them vulnerable to disturbances. 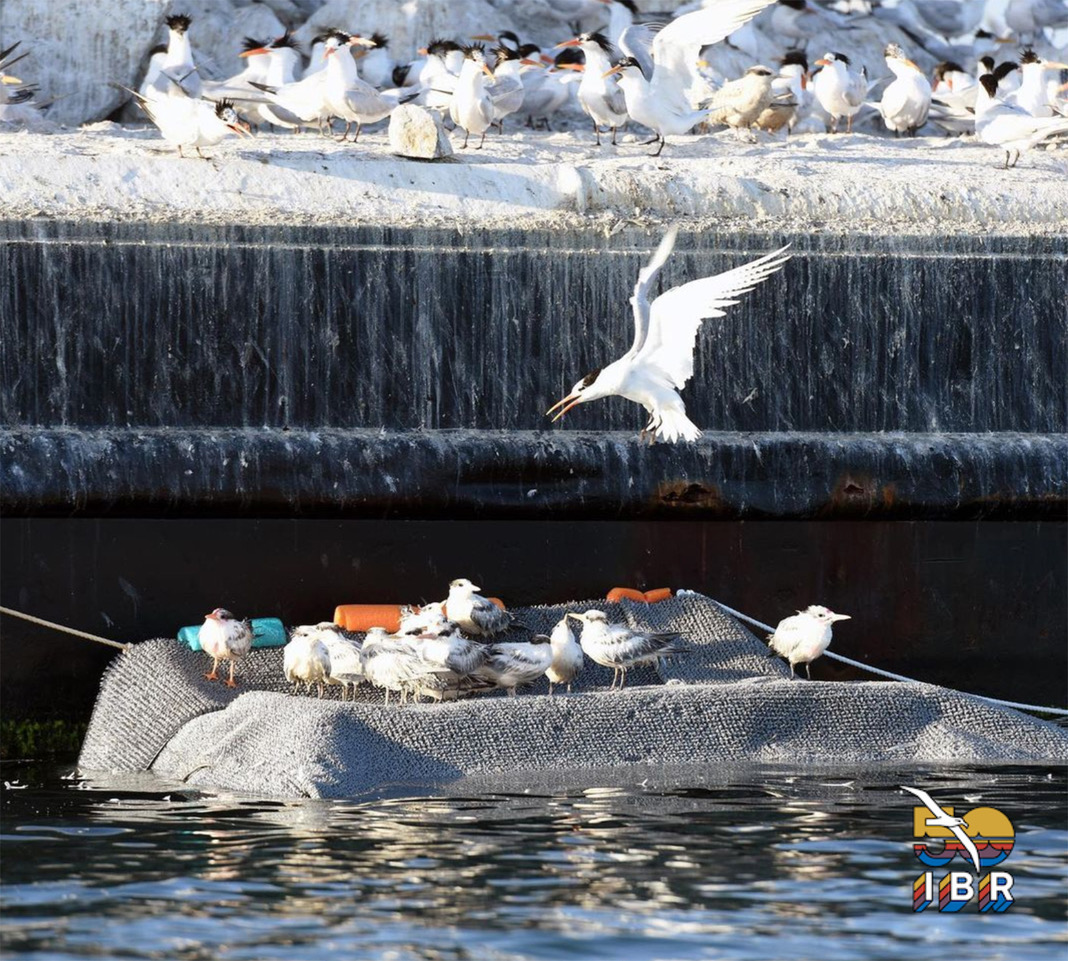 An elegant tern flies above a cluster of chicks along a barge at the Long Beach Harbor. Photo courtesy of International Bird Rescue.

Chicks were first startled off their nesting site in early July, possibly by boaters or fireworks, according to officials.

International Bird Rescue has deployed more than 10 floating platform “haul-outs” alongside the barges for the elegant terns to get out of the water safely. The haul-outs are low enough to the water’s surface for small terns to climb onto and get warm, officials said.

International Bird Rescue staff and its partners have also been scooping up fallen chicks and caring for them at their local bird clinic. Caretakers must evaluate, dry, warm and then hand-feed each bird. Teams then quickly return healthy chicks back to the barges because they will have the best chance of surviving in the wild if they are raised by their parents, officials said.

“As the young are returned to their colony they call out for their parents, creating a chorus of joyful reunion sounds that move rescue staff to continue this arduous work day after day,” officials said. 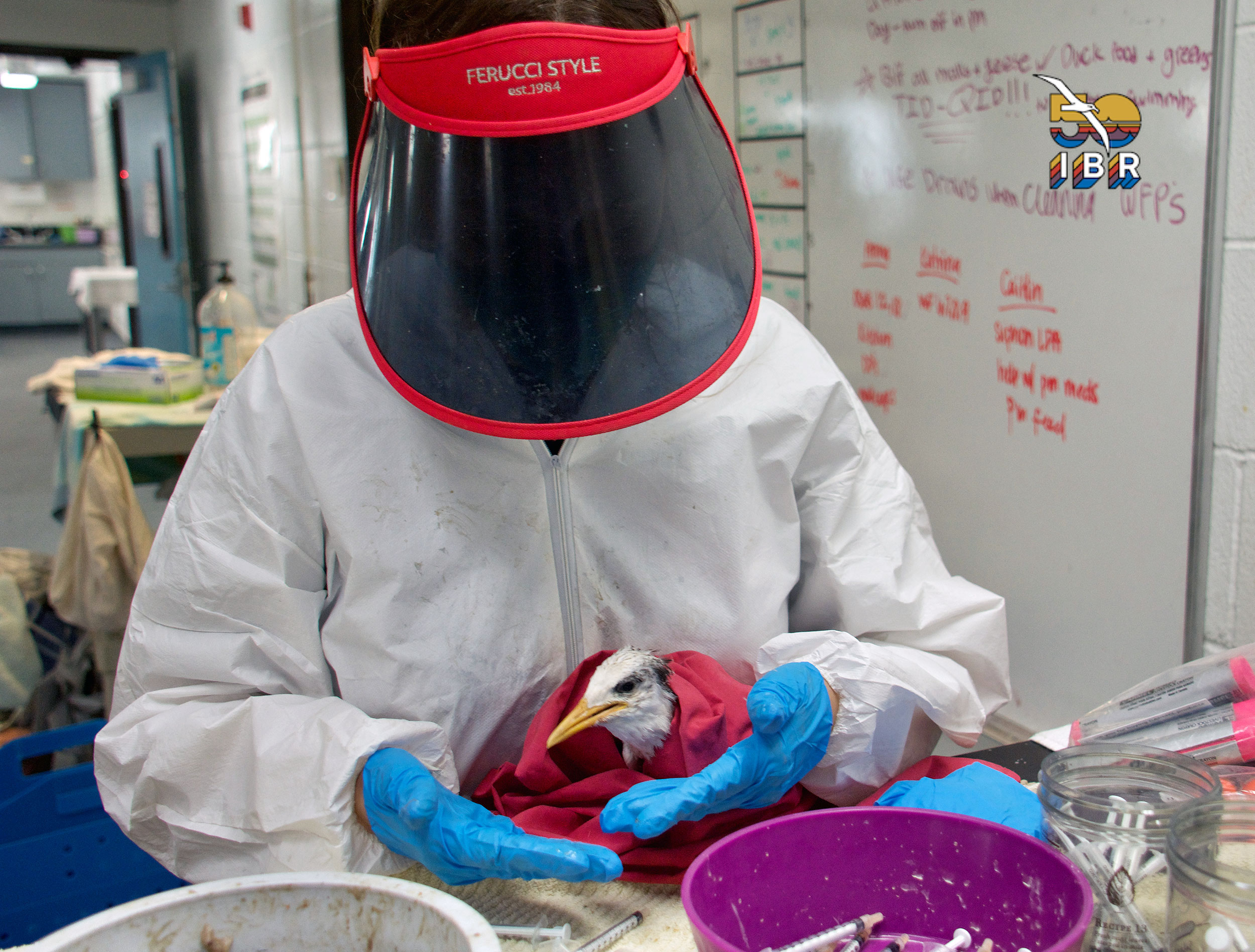 Officials said rescue staff are leading a multi-agency team to patrol and monitor the nesting site that have been the focal point of this “unusual wildlife rescue.”

The number of rescued tern chicks at International Bird Rescue far exceeds the group’s normal caseload of the birds. To donate to these efforts, visit birdrescue.org/help-terns. If you find an injured or orphaned bird, call the Southern California Bird Help Line at 310-514-2573.

More than 200 elegant tern chicks scooped out of the water; rescuers need help