A statewide commission late Monday approved final political maps that will dictate who represents areas of the state in the California Legislature, Congress and other bodies for the next decade, with significant change afoot for Long Beach.

Redistricting is mandated by the Constitution and happens every 10 years after new Census data is released. The process is used to help balance districts to ensure that residents are equally represented based on population fluctuations.

For the first time ever, California lost a Congressional seat after the Census revealed a slight dip in statewide population, which led to some big changes for federal voting lines in the state. For the next decade, Long Beach will be represented by fewer people in Sacramento, particularly in the Senate.

Here’s what the changes mean for Long Beach residents:

One of the most noticeable changes for Long Beach’s state Assembly District is its number. What had previously been the 70th Assembly district will now be the 69th. The district, currently represented by Democrat Patrick O’Donnell, also underwent some big geographic shifts. Its boundaries no longer include San Pedro and the Port of Los Angeles, but pushes farther west to include the city of Carson.

A previous version of the map released by the commission in November would have put the entire city of Long Beach into one Assembly district, but the city will remain split among two representatives in the new map (previously, parts of the city were represented by three members of the Assembly). The new 65th District, now represented by Assemblyman Mike Gipson, also a Democrat, will include all of North Long Beach, an area that was previously split between Gipson’s district and Speaker of the Assembly Anthony Rendon’s district.

The new 62nd District that Rendon currently represents will no longer include any part of Long Beach. 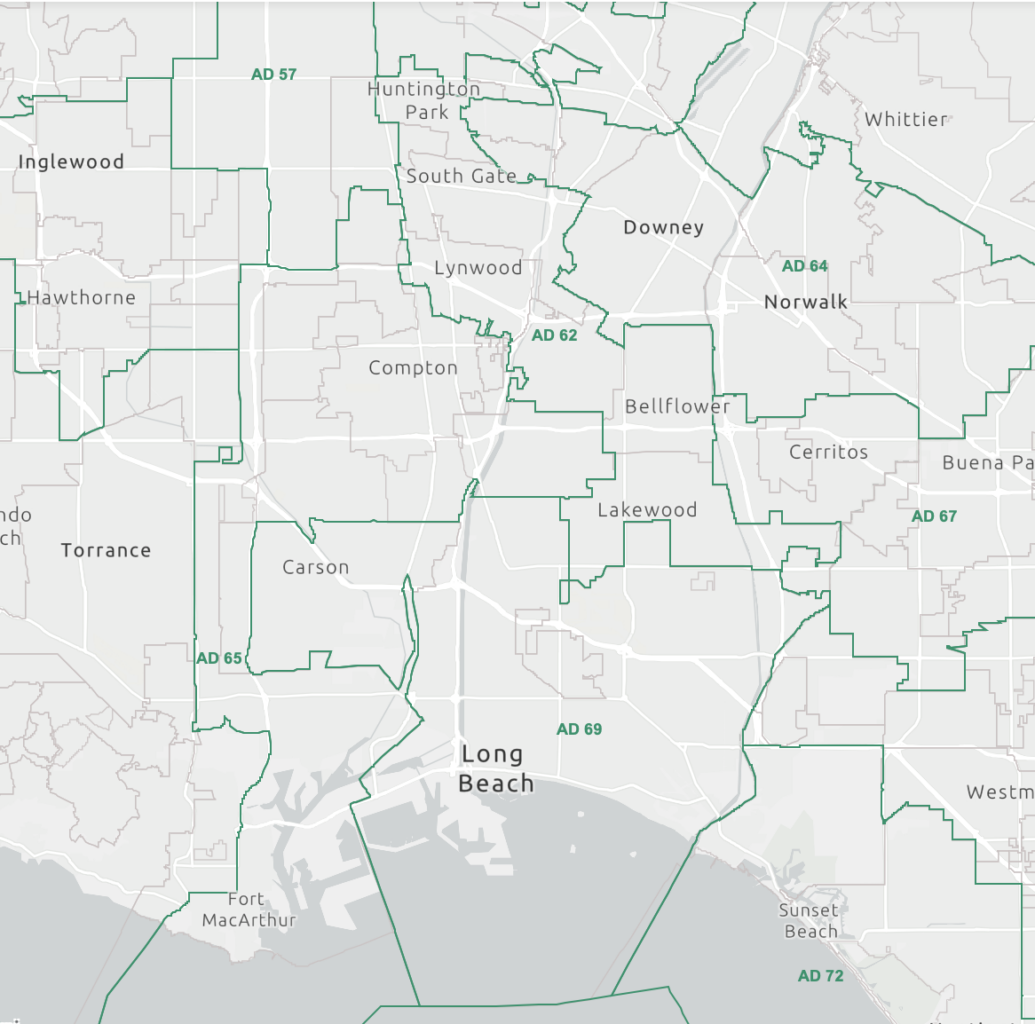 All of Long Beach will be unified under a new state Senate district that will also include the cities of Lakewood, South Gate, Lynwood and Huntington Park. The district, currently represented by Lena Gonzalez, a Democrat, will also remain the 33rd Senate District. Currently, parts of the city are represented by three members of the Senate.

Sen. Tom Umberg, who had previously represented parts of East Long Beach and the Belmont Shore area, and Sen. Steve Bradford, whose district included parts of West Long Beach, will no longer have parts of Long Beach in their districts.

In addition to absorbing parts of Long Beach that had not previously been part of the 33rd Senate District, the commissioners also extended the boundaries farther north into cities like Bell and Commerce, resulting in a slight increase the Latino voting age population of the new district, which now sits at 52.5%, an increase of about two percentage points. 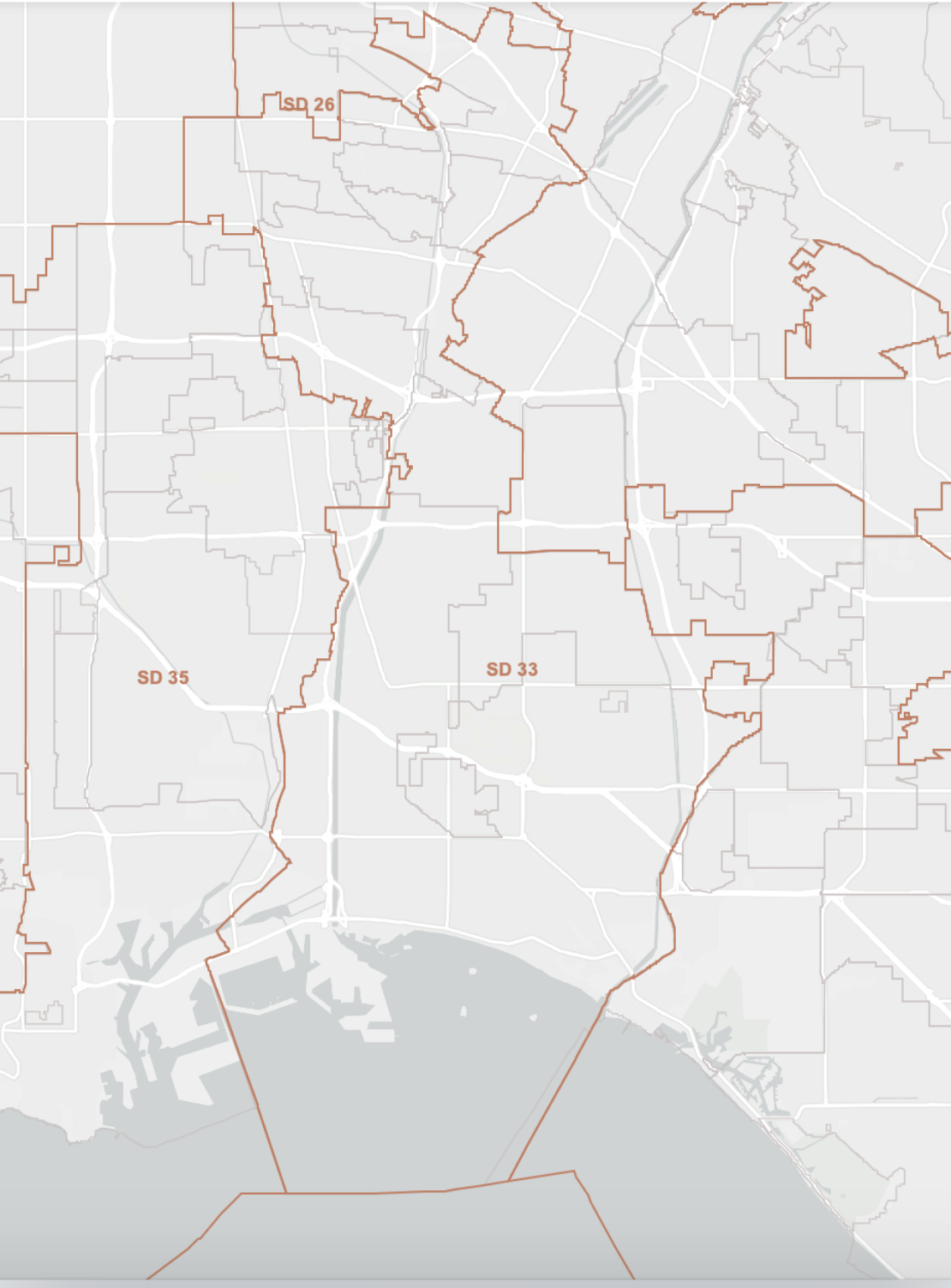 The city’s Congressional boundaries underwent the biggest changes, with the former 47th District will now be the 42nd District and will no longer include any of Orange County. The district now extends north into Downey, Bellflower and Huntington Park.

Barragan’s  44th Congressional district’s share of Long Beach gets bigger in the final map approved Monday, now including parts of the city west of Signal Hill and north of Pacific Coast Highway to the city’s boundaries in North Long Beach.