Nearly 30 years after the creation of Long Beach’s Citizen’s Police Complaint Commission propelled him into public office, Congressman Alan Lowenthal announced today that he would not seek reelection, ending a five-term run as the city’s representative in the nation’s capital.

Lowenthal, 80, the patriarch of a political dynasty in Long Beach, said Wednesday that he had decided not to pursue another term in the U.S. House of Representatives so he could spend time focusing on taking care of himself and spend more time with his family, including four grandkids. His term will end in January 2023 when the new Congress is sworn in.

“It’s time to take more time taking care of myself and my family and enjoying life and not having all the pressure,” Lowenthal said, noting that he has multiple people scheduling his life in at least four different cities. “I’m always under some kind of pressure.” 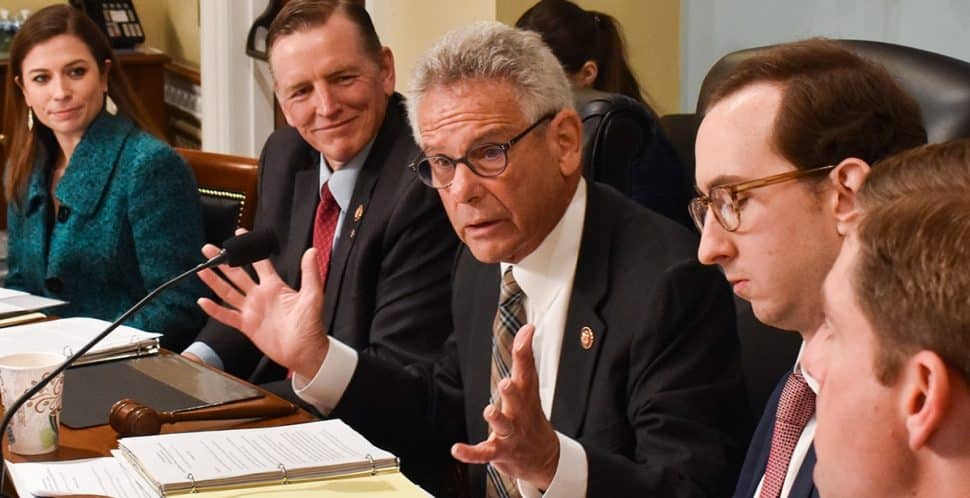 Rep. Alan Lowenthal for the first time in chairing a subcommittee hearing on Energy and Mineral Resources. He is co-charing with Rep. Paul Gosar (R-AZ) (pictured left) in Washington D.C.Tuesday Feb. 12, 2019. Photo by Kelly Puente.

Lowenthal said that a number of things played into this decision, including the ongoing pandemic and the prospect that the House could be returned to Republican control after next year’s elections, but ultimately spending time with his grandchildren, who range from 7 years old to college-aged.

Still, the decision was a tough one for Lowenthal, who has served in Congress for the past decade.

“It’s been a powerful couple of days, but I think I’m doing OK,” he said. “Looking after myself is a new thing and it’s something that I need to do and look forward to doing.”

Lowenthal got his start in politics as a frustrated neighborhood group leader who decided to primary his City Council member after they refused to sign onto an item to place a proposed police oversight board, called the Citizen’s Police Complaint Commission, on the ballot.

The one-time university professor won the next election for the Downtown Long Beach district and held that post until 1998, gaining a reputation for being a person who worked through partisan differences with an even keel but a resolute position on things he cared deeply about, like the environment and LGBTQ rights.

Lowenthal became the first member of Congress to permanently fly the Pride Flag outside his Congressional office as he demonstrated support for marriage equality in 2013.

The flag was removed and stomped on by a man who called it “disgusting” and was the subject of a lawsuit by another who said seeing the flag infringed on his right to lobby Congress, both in 2017. The suit was thrown out by a judge in 2018. 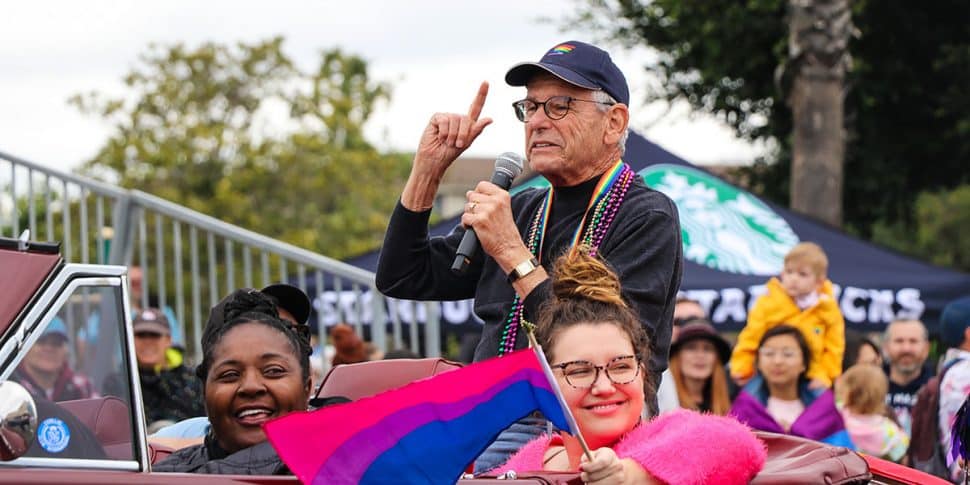 Lowenthal has been a champion for protecting the planet while serving on a number of committees focusing on transportation, natural resources and the environment. He said that was a priority that was instilled in him since he first walked the district trying to gain residents’ votes for his bid for City Council in the 1990s.

“As I walked the district they would tell me, ‘That’s really fine that you’re running Alan, but what’s this black soot on my windows?’” Lowenthal said, referring to the petroleum coke dust that sat uncovered at the ports of Los Angeles and Long Beach. “’Why do I set these things out on my porch and they turn black within a few hours?’”

Lowenthal was elected to the California Assembly in 1998 and then moved on to the State Senate in 2004, where he was a public voice for creating the independent redistricting commission that now draws the lines for state and federal districts in California, rather than having politicians do it as they had in the past.

That commission’s first redistricting effort led to the creation of the current 47th Congressional District boundaries and Lowenthal won the first election in the new district in 2012.

The commission is in the process of finalizing new lines this month and the 47th District may end up looking dramatically different than the district Lowenthal has represented for nearly the last decade. Commissioners have removed the Orange County cities of Garden Grove, Los Alamitos and Cypress, and in their place is a northern-reaching district that includes cities like Bellflower, Norwalk and Huntington Park.

Just this week, the district boundaries changed in a way that saw the composition of the district jump from 40% Latino to 52% Latino.

While it’s unclear who else could jump into the race if the newly constructed district remains the same, it does encompass some of the current 40th District that Rep. Lucille Roybal-Allard, the first Mexican-American woman elected to Congress, has represented since 1993.

Lowenthal said he’ll spend his last year in office working to push his Break Free From Plastics bill he introduced in 2020 that sought to place the burden of recycling plastics on the industry that produces them.

His commitment to the legislation, which has been split up among multiple Congressional committees for deliberation, was reaffirmed through a family trip to Antarctica where the crew of the ship he traveled on showed them dead fish and birds that had plastic in their bodies.

“This is the end of the Earth, you can’t be farther away on this planet from humans and these animals were filled with plastic,” Lowenthal said. “This is a crisis. We’ve got plastic all over and it’s going to kill us.”

His time as an elected leader has taken him to Navajo land in New Mexico to tour oil production facilities affecting Native Americans’ quality of life to marches in Selma, Alabama where he walked the Edmund Pettus Bridge with civil rights icon and a dear friend of his John Lewis.

This year, Lowenthal found himself suddenly under threat from an insurrection at the nation’s capital where he was forced to grab his gas mask and be shuttled off to a secure location as rioters breached the building and delayed the confirmation of President Joe Biden.

Lowenthal said a lot of his career has been surreal and it’s felt like he’s been living in the middle of a history book. He said he wants to be remembered as someone who cared about human rights and the Earth and as someone who tried to protect both through policy while he worked across party lines.

“I cared about the communities that I served,” Lowenthal said. “I really want to tie as much as I can to my community, whoever they are, and see that I made a difference in people’s lives.”

‘I don’t scream and yell;’ Can Long Beach’s quiet congressman break through the noise in Trump’s Washington?