Wiping the sweat off his brow, Hector Barrera looked up from working on his garden with his son to greet a handful of Long Beach police officers who were walking throughout his neighborhood Friday afternoon.

The officers asked Barrera what concerns he’s had in the area, to which Barrera tells them that speeding is a common issue and that accidents happen frequently on South Street.

The officers then left their contact information and toys for Barrera’s kids before moving to the next family standing in their front yard further down the street.

The meet and greets are part of a community engagement program Long Beach officers are testing out in an effort to reduce crime. Officers in the North Division say the program is showing positive results.

“Our calls for service have gone down 7.6% in the area that we’ve been doing neighborhood walks,” LBPD North Division Commander Megan Zabel said. But since the program launched on June 14, there has been a far more dramatic 80% reduction in shootings in the area, according to their division’s crime analyst.

North Division crime analysts sorted through emergency calls taken in since the beginning of 2021 and found that the neighborhood had the highest number of violent and property crimes, according to Zabel, making it the prime location to launch the neighborhood walk program.

“It helps us to look at what areas are experiencing the most crime,” Zabel said. “It helps us with deploying our resources in the appropriate way.” 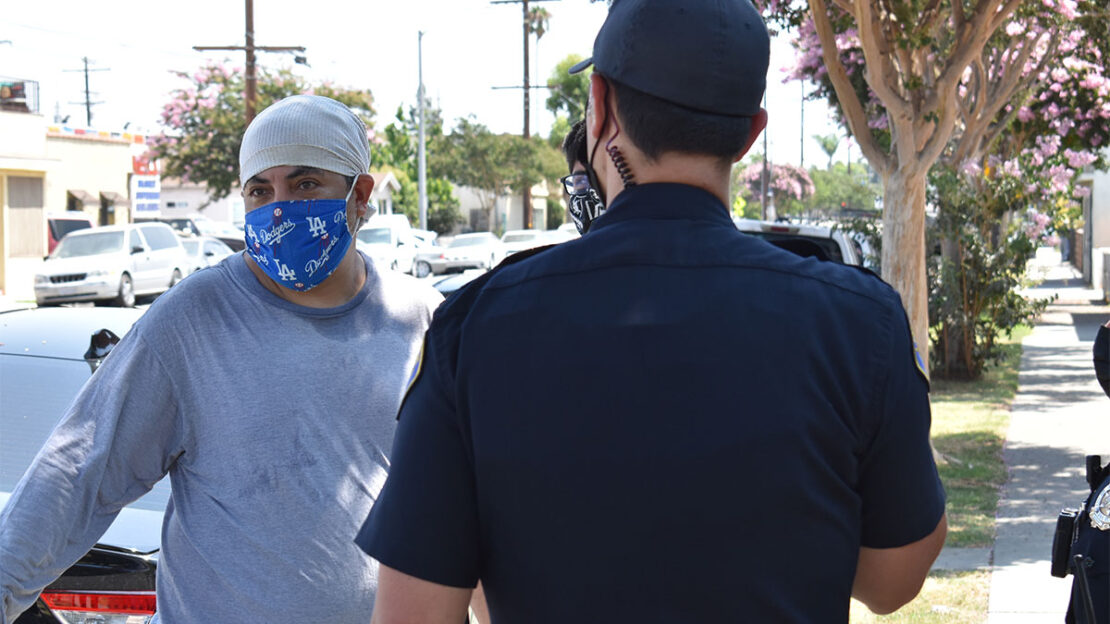 Long Beach did see a dramatic rise in shootings since the beginning of this year citywide. Shootings in Long Beach increased 58.9% during the first half of this year and the number of people wounded in those shootings also rose 55%. Last week, a spree of four murders happened within days of each other.

For residents such as Barrera, he hasn’t witnessed a shooting since he first moved to his North Long Beach neighborhood in 1978.

“Since then, it’s changed a lot—for the better,” Barrera said. “Everybody helps each other.”

The program has also allowed for civilian partners within the police department to engage with more people face-to-face.

Growing up in Mexico herself, Moreno said she sympathizes with residents who are afraid to call the police, because in her home country people avoid interacting with the police.

“It’s been a challenge,” Moreno said. During the walk she approached mothers walking with their children and told them in Spanish who to call when there’s an emergency or who to reach when it’s not.

The program will run until the end of August, with the potential to be expanded to other neighborhoods, police spokesman Richard Mejia said.