The protest, led by the Washington Neighborhood Association, was organized after local residents heard that a beloved neighbor and street vendor was violently robbed while working his usual route selling elotes on Monday afternoon.

“It is not just the beating, it is psychological,” Silvia Fernandez, 46, a cousin of the man who was robbed, said in Spanish.

“Now you are afraid of who is approaching, with what intention,” she said. “But unfortunately, we have to work at the cost of our lives to support our children.”

Organizers demonstrated on Locust Avenue and 14th Street, near the location of where the vendor, Bililfo Fernandez, was punched and pistol-whipped by one of the two suspects until falling unconscious and later hospitalized. Community members recognize that the attack isn’t unique among street vendors.

Leticia Fernandez, 52, sister of Bililfo, who also sells in the neighborhood, said she’s been robbed twice in the cities of Pico Rivera and Huntington Park. 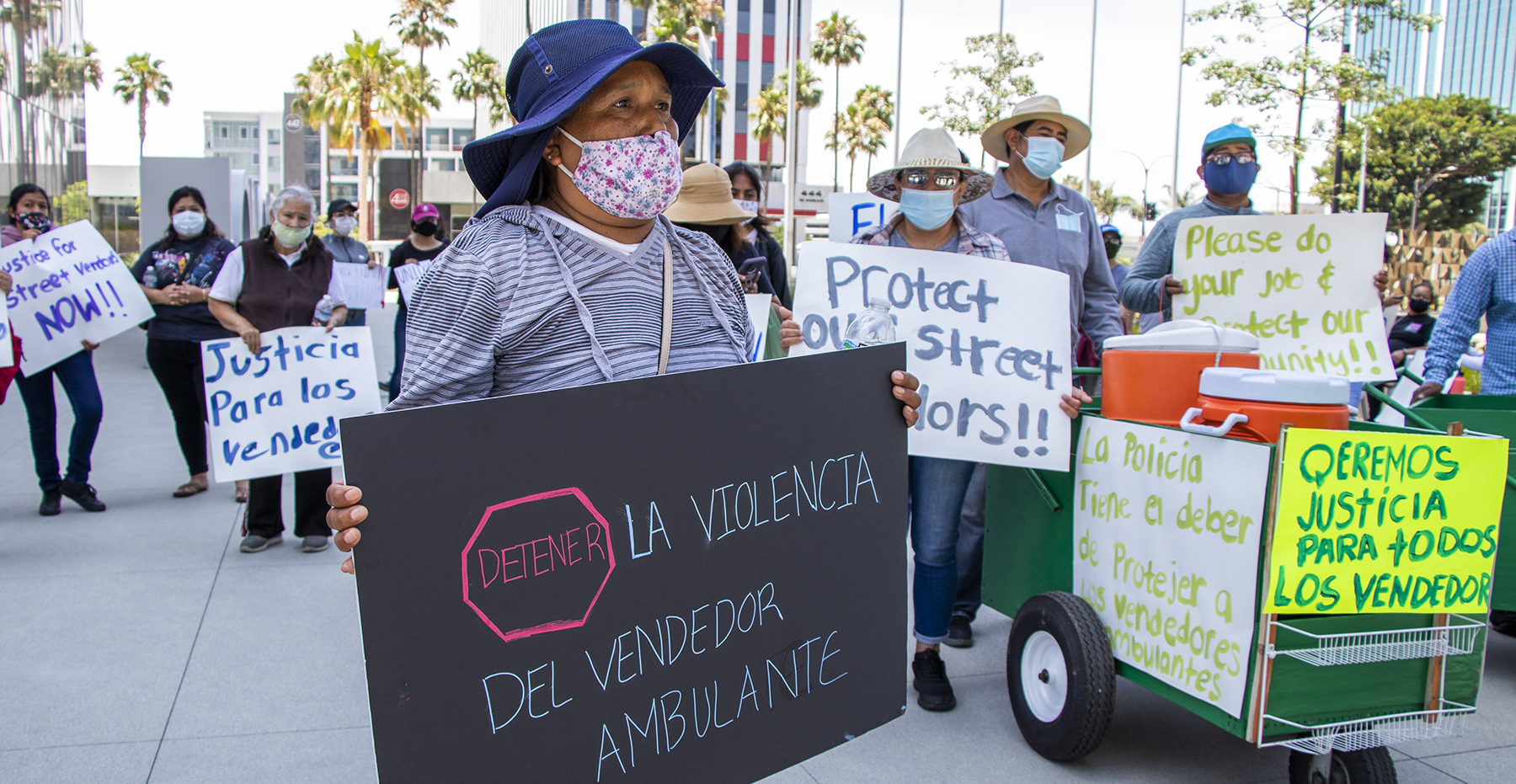 Leticia Fernandez, 52, speaks to the crowd outside City Hall during a demonstration against violence affecting street vendors on July 2, 2020. Photo by Crystal Niebla.

Leticia, shedding tears, described being robbed at gunpoint and said she was so frightened to hear about her brother.

“We were scared because we thought they had killed him,” she said in Spanish. “… We want support because it’s not just him, it happens to many people.”

Before arriving to City Hall, about 30 protesters stopped by the Long Beach Police Department and the Long Beach Superior Court to also shed light on holding police accountable and addressing the current political climate of race relations amid an ongoing anti-police brutality movement. 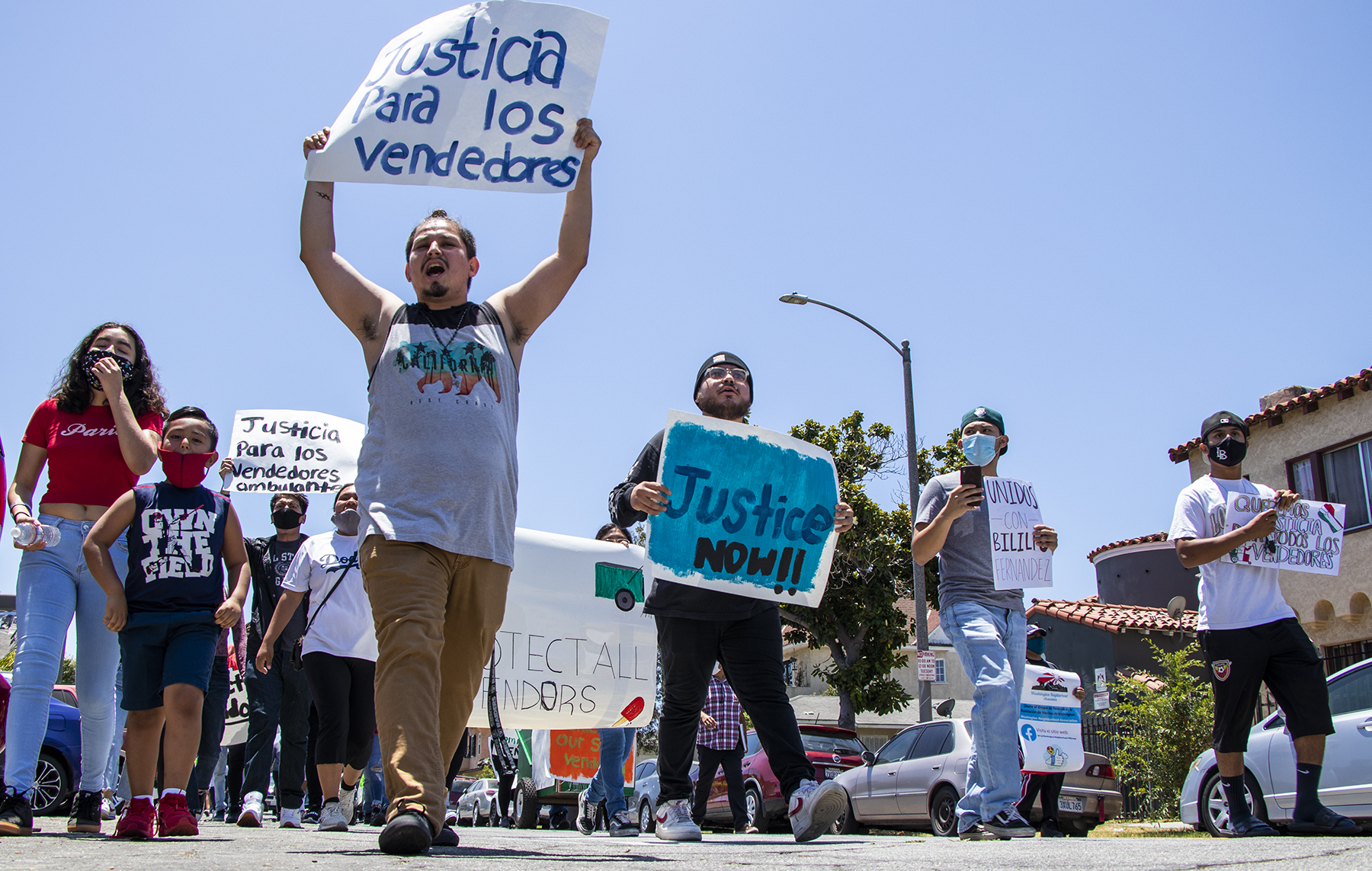 Protesters march down a street in the Washington Neighborhood as part of a demonstration against violence on July 2, 2020. Photo by Crystal Niebla.

Samy Rosales, 23, a neighbor of Bililfo who grew up with his kids, helped lead the protest and said that he hopes to bring his community together, no matter what race.

“We’re not here to start a race war,” Rosales said, adding that they want to unify Latino and Black communities amid the Black Lives Matter movement.

Before stay-at-home orders took effect due to the coronavirus pandemic, the Washington Neighborhood Association met monthly with residents, including Long Beach police in community conversations. 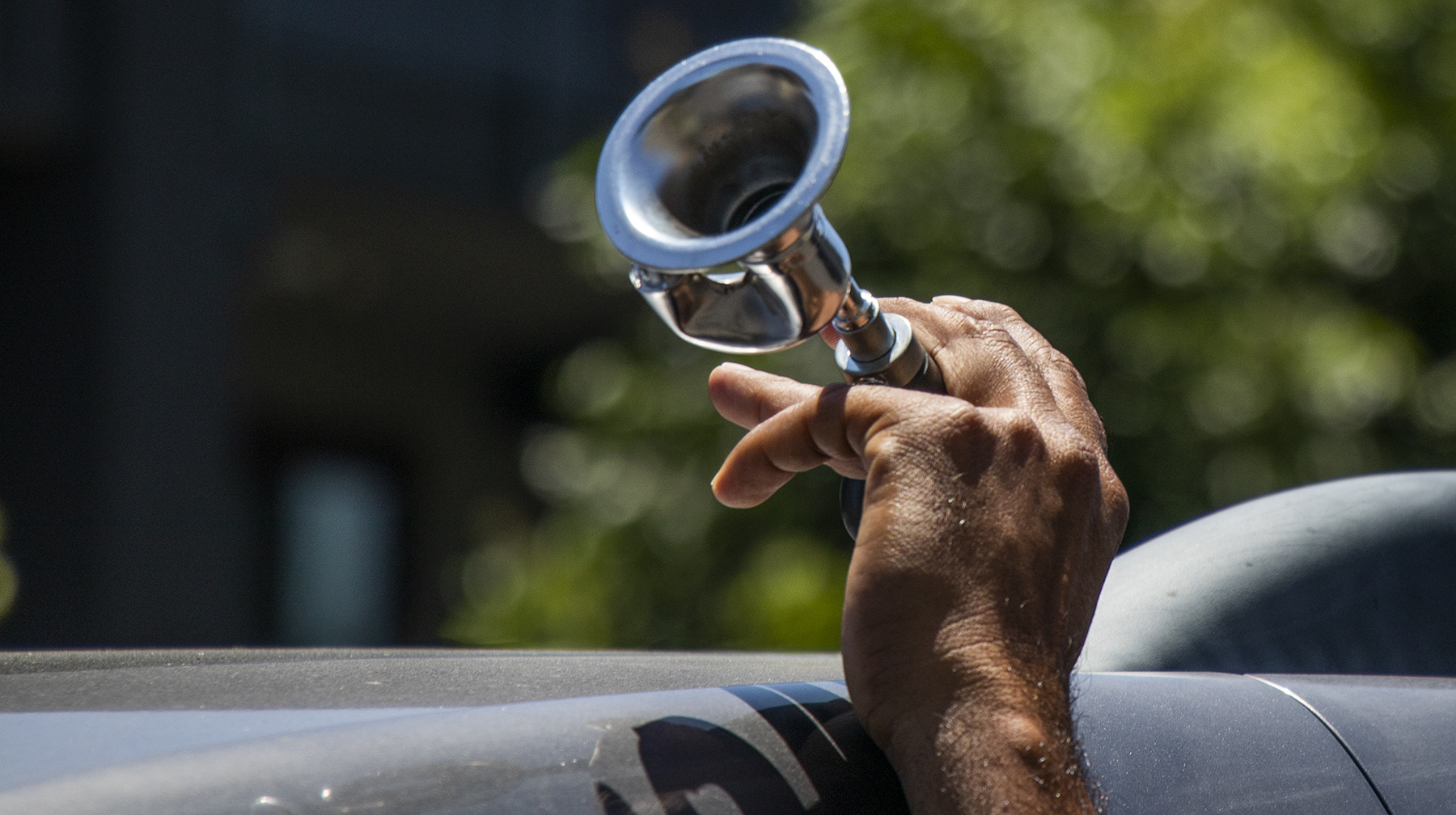 A protester honks a horn while driving slowly behind dozens of others during a demonstration in the Washington neighborhood on July 2, 2020. Photo by Crystal Niebla.

The Washington Neighborhood Association invites the public to join their Facebook group for updates on another protest.

In earlier statement, police asked the public for help in finding the assailants who are responsible for this week’s attack. Both are described as 20 to 25 years of age and 5 feet, 6 inches tall with a thin to medium build.