For years, a father pressed for justice; now the lurid details of his son's death are a trial issue • Long Beach Post News
- ADVERTISEMENT -

Jeff Kennedy had waited years for this moment. Now he was sweating.

“They need to serve beer at these places,” he said in the stuffy hallway of the Long Beach Superior Court. His nerves were hitting him.

Jeff was about to lay eyes on the man accused of mutilating his son, Zach Kennedy, and burying the 31-year-old’s body in the yard of a Long Beach home.

Jeff had searched online for pictures of the accused killer, but he couldn’t find much. Now, after a five-hour flight to California, Jeff was moments away from looking at the man he views as a monster.

But the father also knew he’d face something else at the critical court hearing Thursday. Zach’s drug use and sexual habits were about to become key issues in litigating who was responsible for his death—and whether it could be murder.

Over the next two days, Jeff sat through hours of grueling, often lurid testimony where a defense attorney tried to convince a judge that Zach was a reckless meth addict, responsible for his own overdose death.

“It’s hard to listen to, but he was an adult,” the father said about lawyers dissecting all of his son’s questionable choices. Jeff remained focused on the defendant, 54-year-old Scott Leo, whom his attorney described as a law-abiding citizen who did marketing for a law firm until he got sucked into the local “drug world.”

Leo is accused of providing Zach with meth and the party drug GHB before leaving him to die in a bathtub in October 2017. Authorities allege Leo then amputated Zach’s feet and wrapped his body tightly in plastic before burying the remains in the yard of Leo’s Eighth Street home. 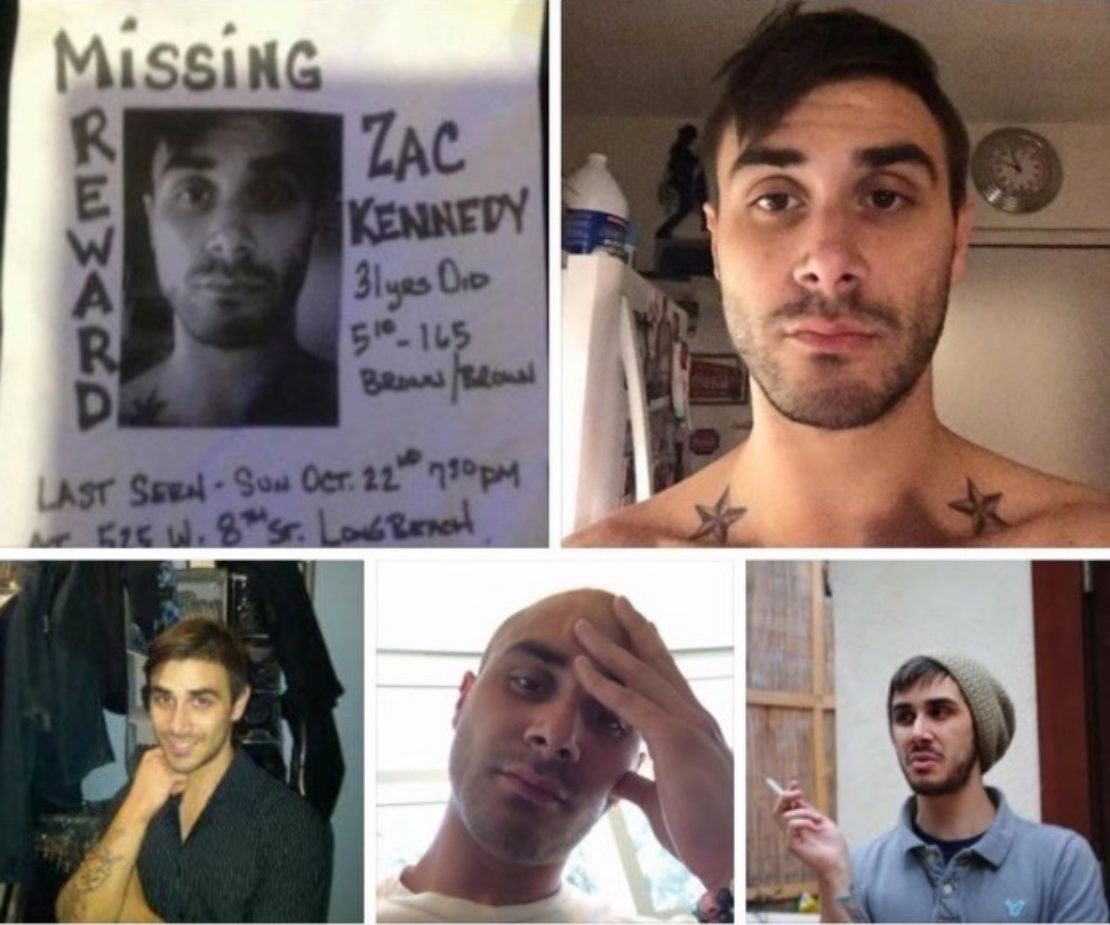 Zach Kennedy’s friends and family spread photos of him far and wide when he disappeared in 2017. Photo courtesy Jeff Kennedy.

Zach had come to Long Beach about 10 years earlier, according to his father. Jeff said he suddenly took off from Pennsylvania where he lived just outside the city of Butler, near where he and his father both grew up. With $13 in his pocket, Zach wanted out of the area where the biggest town had less than 15,000 people, so he followed a high school friend who already had a job on the West Coast, Jeff said.

“He just wanted to go,” Jeff said. Zach made ends meet doing odd jobs like refurbishing and selling antiques he’d find at flea markets, according to his dad. For a while, he lived with the high school friend until her boyfriend kicked him out. Soon, Zach moved in with his own boyfriend.

Zach also partied in Long Beach. Under oath, his close friend Dustin Thompson said Zach was a “moderate” user of meth and someone who regularly enjoyed GHB, a fast-acting party drug that sometimes causes blackouts.

“Zach was a good-looking guy. He did not have a hard time getting people to give it to him,” Thompson testified about the drugs.

Zach also had the gift of “admin skills,” according to Thompson, meaning his knowledge of how to inject meth and other drugs intravenously made him a desirable guest at parties centered around those activities.

Over the span of a few years, Leo repeatedly hosted such parties, police allege. According to a trove of messages detectives say they took from Leo’s computer, he would invite men to his house for sex, enticing them with promises of party “faves” like meth and GHB.

Police allege Zach was one them. About two weeks before his disappearance, Thompson—the friend—said he was at a party with several men where he watched Zach inject Leo with meth.

Jeff was still back in Butler when Zach’s boyfriend called in late October of 2017 to say Zach was missing. They’d made plans for dinner, but Zach never returned from a drug-fueled sexual rendezvous at Leo’s house, according to police.

This sparked a frantic search. Jeff tried to coordinate from across the country while Zach’s friends posted missing-persons flyers and went to the police. When the friends confronted Leo, he told them Zach had left without saying where he was headed. 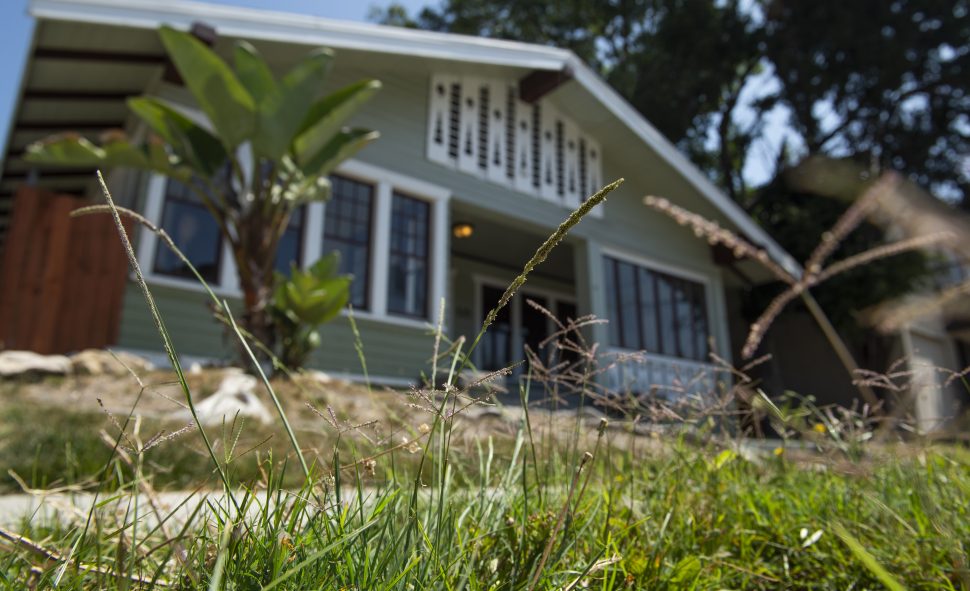 Scott Leo’s home on the 500 block of West 8th Street where Zach Kennedy’s buried body was found in 2018. Photo by Thomas R. Cordova.

Six months later, Jeff was at his Postal Service job when two police detectives called him from outside Leo’s residence. They’d discovered a decomposing body in a plastic bin buried about 3 feet underground.

“I went into a meltdown,” Jeff said. The detectives talked him through those first moments of grief while Jeff tried to gather himself.

Since then, Jeff has hounded them, wanting to know when Leo would be arrested. To the investigators’ credit, Jeff said, Long Beach Police Det. Scott Lasch never ignored him.

“For those first three months, I called him every day. He’s never not spoken to me.”

In August this year, it was Lasch’s turn to call Jeff—Leo was being taken into custody on suspicion of murder after more than a year of deliberations by the District Attorney’s office about what charges he should face.

They settled on murder, involuntary manslaughter, maintaining a drug house and two counts of furnishing methamphetamine and GHB. The slate of accusations could land Leo in prison for the rest of his life if he’s convicted.

Overdose or something else?

Jeff says the criminal charges lifted an enormous weight from his shoulders, but a new one soon took its place.

The case against Leo is fraught with legal and emotional complexities. The most serious accusations will likely hinge on details of Zach’s sexual activities, drug use and the condition of his remains.

For example, a medical examiner explained Zach’s body was in such bad shape by the time detectives found it that doctors weren’t able to test his blood for toxins. They detected high levels of methamphetamine and GHB in other bodily fluids, but they can’t definitively say that’s what caused his death.

Instead of solely forensic tests, the doctors based their conclusions partially on testimony from another man who reportedly saw Zach using drugs at the house and text messages Leo sent to a friend the night Zach disappeared. After Zach reportedly took meth and GHB, Leo texted that he was unconscious in the bathtub with blue lips and almost no pulse. From that description, the medical examiner said, Zach was likely already dying—and the drugs may have been a contributing factor. Suffocation, too, was a possibility.

In the recent hearing, a judge seized on the possibility of suffocation and a piece of evidence that may support it. Before the third man at Leo’s house left, he saw Zach zipping himself into a plastic, vacuum-sealed bag as part of a sexual fetish, according to police.

If Leo initiated sexplay that ended up suffocating Zach, that could constitute the kind of reckless behavior that qualifies as murder, Judge Judith L. Meyer said.

In Jeff’s opinion, Zach never would have done something that dangerous without pressure from someone else. “Somebody had to turn on the vacuum,” he said. 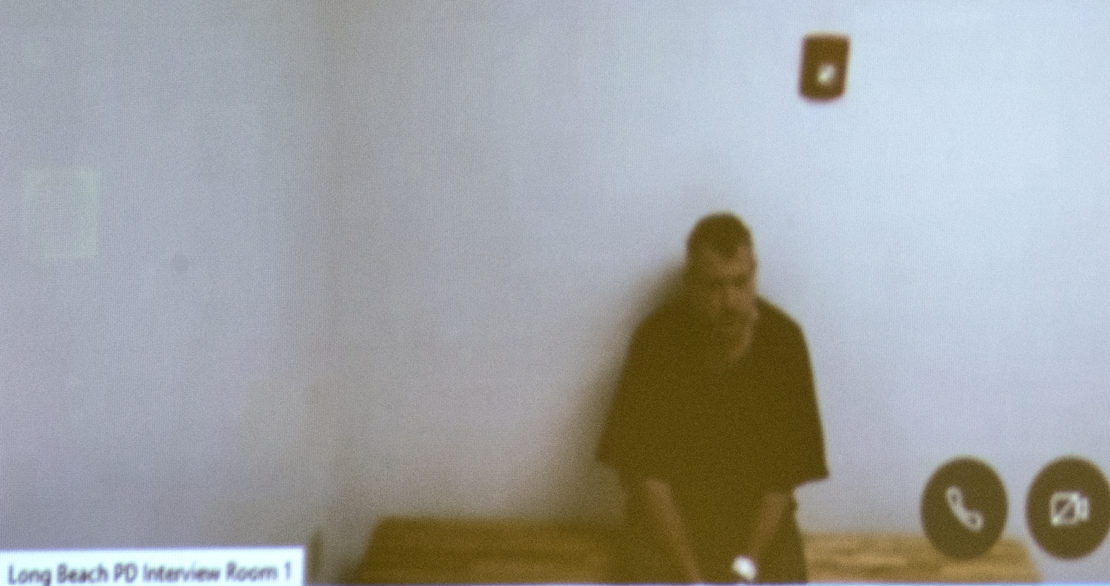 Scott Leo appears in court via video at his arraignment on Wednesday, September 2, 2020. He appeared in person on at his most recent court date. Photo by Thomas R. Cordova.

The fact Leo did not call for medical help is not in dispute. His attorney, Matthew G. Kaestner, admitted as much during the hearing, but he argued there was no legal duty to do so.

“Again, this is a tragic death by Mr. Kennedy,” he said. “But the evidence is really the man overdosed at his own hand and Mr. Leo, being high and not thinking, didn’t do what most people would have done.”

Watching from the audience, Jeff shook his head in disgust when the medical examiner said there was a possibility Zach may have survived if someone had sought help.

Instead of calling 911, police allege, Leo went to Home Depot the next day where he rented an auger and a tamper—items, they say, would be perfectly suited for digging and then filling in a deep hole.

Jeff almost lost his composure in the courtroom Friday when the lawyers started asking witnesses about the day police found Zach.

The 58-year-old isn’t squeamish. He once worked as a deputy coroner, but that didn’t prepare him for hearing about his own son’s body being unearthed.

“I thought I was going to break down bad when they started today,” he said. “The tears got in my eyes, and I was able to pull them back.”

After Jeff sat through two days of testimony detailing Zach’s mutilated remains, his drug use and sexual rendezvous with Leo, Judge Meyer ruled. There was enough evidence, she said, to hold Leo in jail on $500,000 bail until his case proceeded to a full trial.

“I’ll tell you, you had me at buried body chopped up in a box in the backyard,” Meyer said.

Leo clasped his forehead with his one uncuffed hand as Meyer spoke. Jeff watched, hoping this indicated Leo wouldn’t be able to afford his freedom before a jury took up the case.

As soon as he walked out of the courtroom, Jeff began mentally preparing himself to return in a few months. Next time, everything he’d heard about his son’s fate would likely be repeated, this time to 12 strangers who will ultimately decide whether Leo is guilty.

An hour later, in his hotel room waiting to fly home, Jeff talked about his son the way he remembers him, not the way he’ll exist in court records.

“I can still see him smiling,” the father said. “He was always the life of the party. He could’ve walked into that courtroom today not knowing anyone and in five minutes he would’ve made friends with half the people in the courtroom.”

When Jeff buys roses for Zach’s mausoleum this week to mark the third anniversary of his death, the father doesn’t intend on thinking about the justice system, the judge or the lawyers arguing about how often Zach used meth.

“I’m not going to let them crush me on that,” he said. “I’ll never have him back, but I’ll always remember who he was.”