'We can't watch our neighbors go down,' so they banded together to protect them from looting • the Hi-lo
- ADVERTISEMENT -

There was an awful moment Sunday for Leocadio Vazquez-Lopez when his happiness with the anti-police brutality protest suddenly turned to deep anxiety.

Vazquez-Lopez, the head honcho at Hawleywood’s barbershop on Retro Row where he’s known as “Big Leo,”  was watching the protesters slowly march away toward Downtown when he saw cars quickly approaching the small stretch of businesses along 4th Street. One of the cars—carrying 5 people—pulled up to the East 4th Skate shop and a man stepped out with a hammer.

Vazquez-Lopez and one of his barbers, Oscar Garcia, quickly approached the man, their presence causing him to immediately get back into the car and speed off. But a moment later, the pair witnessed another crew attempt to break into 4th & Vine, located just east of the skate shop.

Long Beach police, too, were caught off guard by the looters‘ tactics even though similar crimes had followed protests in Los Angeles in recent days. Police said they expected the protest to be small. As of Sunday, they were still letting officers take their normal days off and their pre-approved vacations, but when the march grew to 3,000 people, police scrambled to call in help from as far away as Ventura County.

By the time backup arrived, the looting and vandalism was already widespread with perpetrators taking advantage of police resources being stretched thin by the massive demonstration.

With no other protection in that moment, Vazquez-Lopez and Garcia were the only thing stopping break-ins on their block.

“And at first, it was just my man Oscar and a few others,” Vazquez-Lopez said. “And then we started communicating.”

Part of that communication network was Doug MacKinnon, who had been watching the protest from the roof of his Long Beach United Boxing Club space just east of Cherry Avenue on 4th Street. Though he expected looting, MacKinnon admits he was taken by surprise by the methods used. Expecting flash mobs—where hundreds of people beelined for store windows—MacKinnon said there was “a knot in my stomach” when he realized it was cars, filled with people carrying hammers and crowbars.

“It was strategic,” MacKinnon said of the looters. “There’s no way that they could have gotten back to their cars, hitting stores at the rate they were, with the march still going on. I doubt if any of ’em even participated in the march.”

With MacKinnon atop his roof (and eventually on the ground) and with Vazquez-Lopez patrolling, the two began to network; contacting business owners along and near 4th Street, urging them to come out and help, urging them to support the protest but fight the destruction of their small businesses.

“We kinda had an amateur tactics meeting,” MacKinnon, who had also looped in the barbers from Syndicate on Broadway, said. “And I would have much rather been at the protest, having my head counted, my voice heard. But you know, my gym? Big Leo’s place? We’re a part of this community. And, you know, despite the naysayers—yeah, rents aren’t cheap and homes are expensive—but this is a working-class community. This gym is a place to bring their children and do something positive. … I can’t allow 24 hours of rage from outsiders to destroy the 15, 20 years it took to build this community. I can’t.” 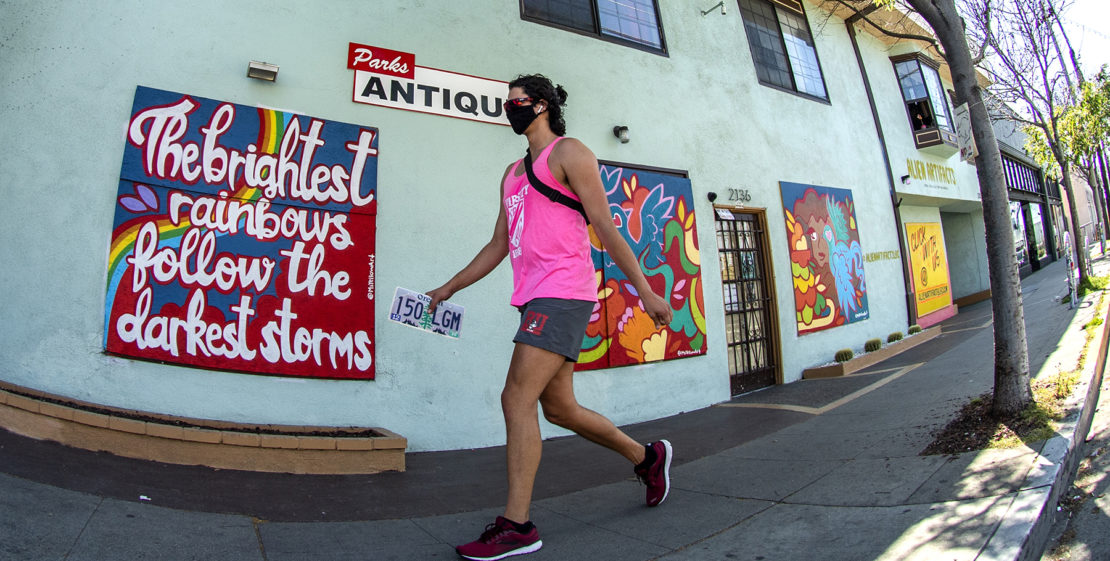 But the only way to assure they could achieve that would be to widen their network. Soon they had created what basically amounted to a mass communication system, from 4th Street to Bixby Knolls to Downtown Long Beach.

Ray Davila, owner of the Deluxe Parlor & Shave Clubs in Downtown and Bixby Knolls, was watching the floors of his Pine Avenue location getting waxed in preparation for his reopening on June 12 when he heard the news from Oscar Garcia: It would be a good idea to begin boarding up windows. Davila was lucky. He had plywood on hand to immediately get to work. Like his comrades on 4th Street, Davila and his business partner Ricardo Alvarez felt an immediate need to help their neighbors. Not only did he board up his own shop, but he boarded up Groundwork Fitness, an LGBTQ-owned gym operated by Giovanna Ferraro.

“It was literally just me. Ray had a crew of 10, 15 guys that just immediately came to my help,” Ferraro said. “They had no issues walking up to guys with crowbars and hammers and saying, ‘Not today.'”

The skate shop near both Deluxe and Groundwork, known as Pharmacy, had friends drop off wood but had no supplies to attach them to protect the windows. So Davila and Alvarez, after boarding up Groundwork, moved on to Pharmacy.

“We had to do what we had to do to help our community. We couldn’t watch our neighbors go down,” Davila said. “And we held our ground there with all the other businesses. We watched people break into [smoke/vape shop] Amsterdam and stopped some, but there was only so much we could do before things began to get really wild.” 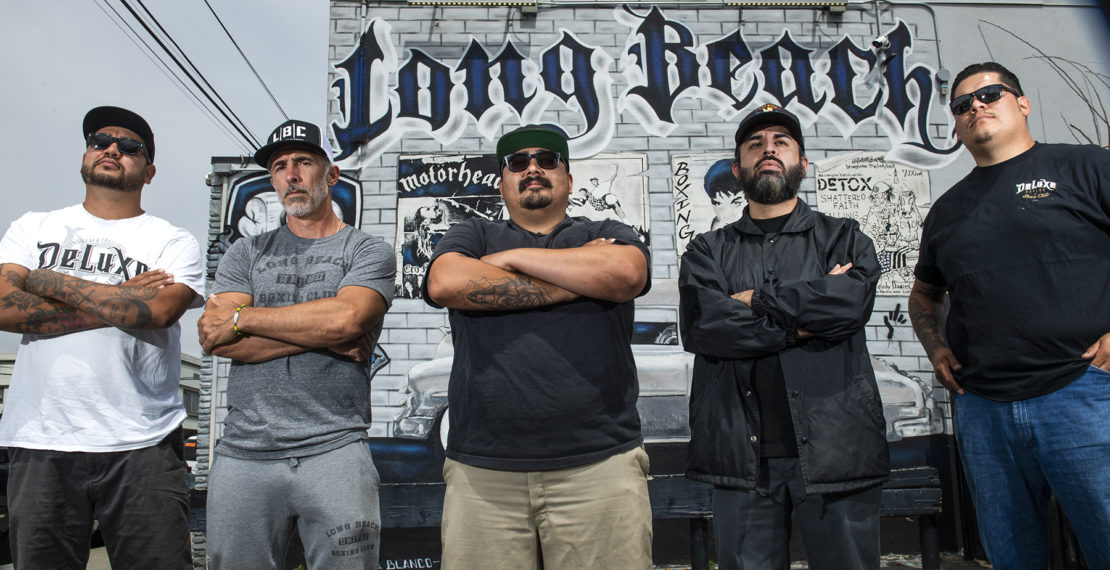 Davila and Alvarez began to watch any calmness evaporate. Clothing store Outfitters became so crowded that there was little that could be done except attempt to take back the clothes that looters were holding onto. In the middle of this, calls were coming in from Bixby Knolls—thanks to tips from the crew down on 4th Street—that the Deluxe shop location there had just been hit. The call, once again from Garcia, happened because Luis Navarro, owner of Lola’s in Bixby Knolls and 4th Street, gave him a head’s up.

Heading up to Bixby Knolls, Davila was greeted with sighs of relief from business owners that he and Alvarez were there to help.

“The owner of Dutch’s Brewhouse, Jason [Van Fleet] was just so happy to see us, along with just a ton of others,” Davila said. “We came with a couple of cars full of guys so we were able to really go deep with the help. I mean, the owners of Bixby Brooklyn Deli? They had to barricade themselves inside their restaurants with nothing more than tables and chairs between them and the windows. So I had to make sure I was outside there with another 15 guys. [I] told them to go home and get some sleep. We got this.”

Davila and his crew never stopped patrolling the neighborhood until 3 a.m. and after a few hours of sleep, returned once again to make sure the most vulnerable of small businesses wouldn’t see the worst damage.

“The protest? It was beautiful. Saw that picture of people kneeling in front of the Villa Riviera and it almost made me cry, but I think the mayor was holdin’ out,” MacKinnon said. “We’re such a tight-knit, progressive, multi-cultural community and the protest reflected that. But I knew what was coming. Whether the mayor or the police wanted to admit that, well, I’m not sure. We had to let everyone know that this thing was going downhill quickly.”