The Long Beach Unified School District is still stuck in a protracted impasse with its second-largest employee union, with no end in sight as state mediators prepare to step in next month.

The 3,000 or so classified employees in the Long Beach chapter of the California School Employees Association range from nutrition workers to bus drivers to custodians and maintenance staff. They’ve been negotiating a new contract with the district for nearly two years, with pay being the main sticking point.

The CSEA Long Beach chapter has never before gone on strike, but the leadership’s frustration was evident at Wednesday evening’s LBUSD Board of Education meeting, where many of their members rallied outside, carrying signs demanding more livable wages or threatening to walk off the job.

Chapter President Gilbert Bonilla Jr. spoke over the sound of honks and cheers from the parking lot: “LBUSD, give us our raise,” he said. “We appreciate your videos of gratitude but your love doesn’t pay our bills.”

“Do you want a walkout or a strike on your record?” he asked. 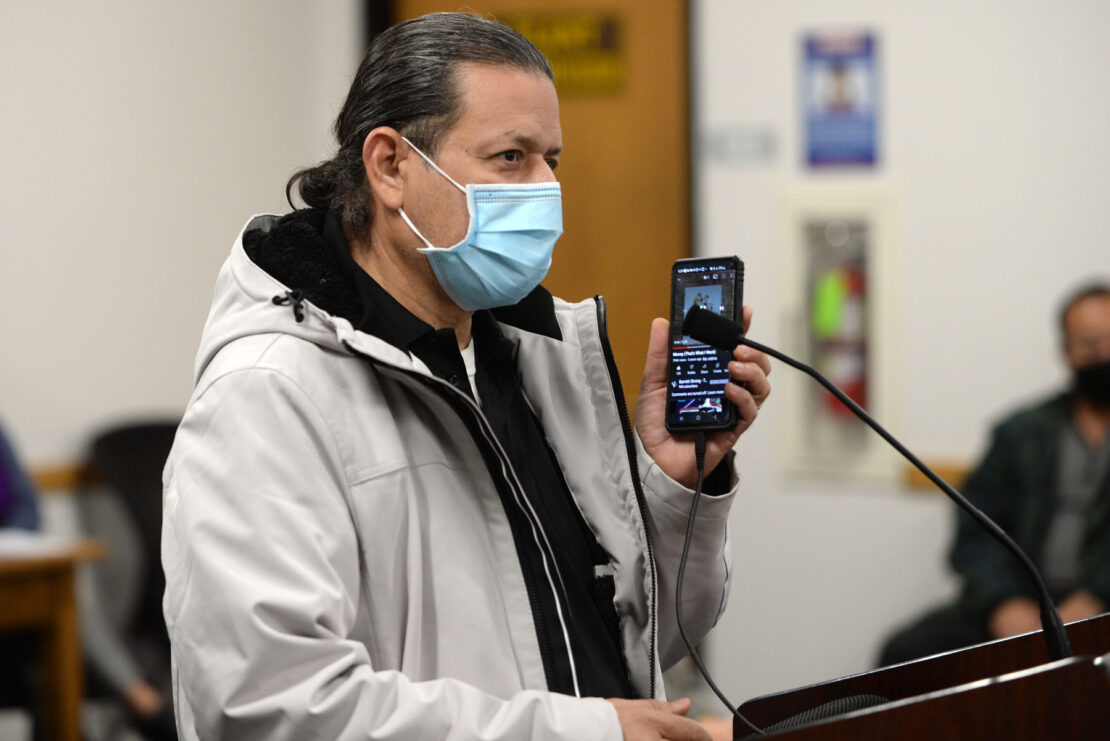 Bonilla said in an interview earlier this week that the two sides are preparing for a Public Employee Relations Board fact-finding session in February, where both sides will present evidence in support of their proposals.

The biggest issue between the two sides is pay. The district offered the CSEA the same 3% raise it gave the Teachers Association of Long Beach in negotiations last year, but the CSEA wanted what amounts to about 7%, on the ground that an incremental raise means less to employees making minimum wage, which Bonilla said nearly half his members do.

“If a teacher gets 2% and they’re making $100,000, they’re getting $2,000,” said Bonilla. “If one of our members is making minimum wage, they’re getting $240 a year. Cost of living has gone up 5%, and inflation has made it more dramatic. When people say, ‘Why don’t they just take what the teachers took?’ That’s why. The substitutes got a 14% raise, the executive staff got a raise. We’re asking for seven cents on the dollar, and they’re saying no.”

LBUSD instructional aides represented by CSEA also spoke at the board meeting and shared the difficulty of continuing to live in the city given the rising cost of living.

After public comment had concluded Wednesday evening, LBUSD Board President Juan Benitez said, “We cannot comment on those negotiations, just as a matter of public record,” he said. “It’s not that we aren’t responsive or listening, we just can’t comment because of the mediated fact-finding. … That being said I also wanted to thank all of our speakers for coming out tonight.” 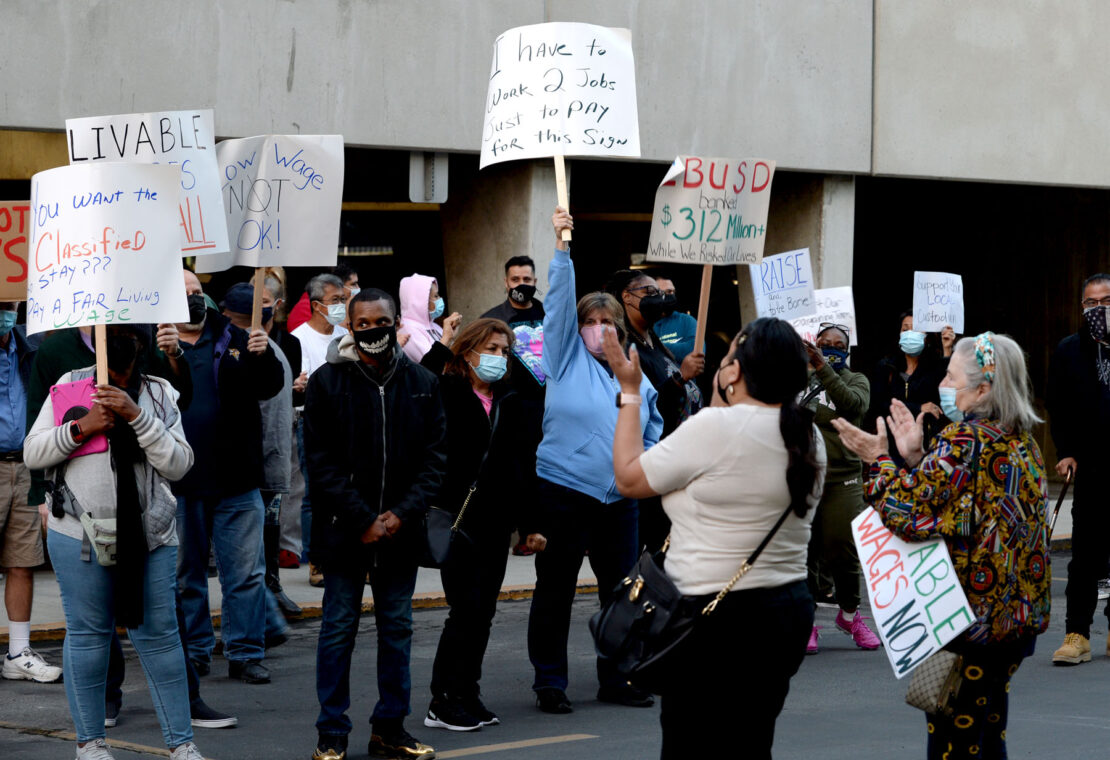 Bonilla said that the CSEA head office in San Jose has indicated that his chapter should feel optimistic about their chances going in front of the Public Employee Relations Board. The position of the CSEA, according to Bonilla, is that the district’s large financial reserves should have been spent on staff and services, instead of accumulating as a cushion against future financial issues; the district’s reserves are currently over $300 million.

“That money is supposed to be spent on education each year. Those are tax dollars from parents that aren’t being seen in education or support, which includes our members,” said Bonilla. “Instead, a lot of that money went into the piggy bank, and we have members making hard choices on rent and food and medical costs.”

In budget presentations over the last few years, the district has said those reserves will help offset lost revenue due to the steady enrollment decline of the last several years, a trend that’s expected to continue. The October bargaining update from the LBUSD reads, “While the District recognizes the significant contributions of CSEA during these difficult times, the District is not able to responsibly agree to this offer if it is to remain fiscally solvent in the future.”

With both the CSEA and the LBUSD holding firm on their positions for the last several months, there’s little hope of resolution ahead of the state-led fact-finding session. Bonilla said his membership isn’t going to back down from its demands.

“Our surveys show that the majority of our membership want the raise, and they’re willing to strike,” he said. “We’re getting to that time where it’s critical.”