The Long Beach City Council adopted a strategic plan for the city’s park system Tuesday night that will guide investments in local parks and programming for the next decade.

The plan comes amid calls for the city to invest in more park-starved areas in the city’s West, Central and Northern neighborhoods. It includes a lengthy overview of how systemic racism has impacted housing development, life expectancy and economic prosperity, with promises to incorporate equity and inclusion into future park investments.

Some of the goals include securing land for new parks in park-poor communities, analyzing disparities in facilities, place less reliance on complaints in maintaining parks as they tend to come from high resource communities, creating mobile recreation programs to areas that do not have access to parks and improve language access in signs, written material and programs.

But investing in more park space could be an expensive proposition for a city that already struggles to upkeep its existing 167 parks and other open spaces.

Long Beach has billions in underfunded or unfunded costs and park maintenance accounts for $20 million and the city only has enough structural funding to provide 40% of required irrigation in dry years, according to the strategic plan.

Building more parks and acquiring more green space has been broached in the past by the council but city officials have said that it could just lead to an already tight budget being stretched tighter. An April 2021 report estimated that for each acre of park space, the city needs about $1.8 million for maintenance and another $800,000 for operations.

Still, members of the public and even members of the city’s Parks and Recreation Commission urged the council to act on the recommendations in the plan, especially the parts about increasing park equity.

David Zanatta, the commission’s chair, said the council needed to not just approve the plan, but act by increasing funding to parks to maintain them and to address the inequities that continue to exist across the city.

“Let’s keep our park system up to the standards that our city deserves,” Zanatta said.

Mariela Salgado, the vice-chair of the commission, said she disagreed with equity being listed as the third priority in the plan and said that keeping it below maintaining existing space would only stand to serve the status quo.

“You bear the responsibility for promoting equitable access, I hope you will consider putting equity as number one,” Salgado said.

Renette Mazza, a neighborhood leader in North Long Beach, recounted how neighbors will set up a picnic table and a few trees and call it their “open space” and called for the council to increase open space in parts of the city that lack it.

“I think I speak for all of the North when I say that we need as much open space as we can get,” Mazza said. 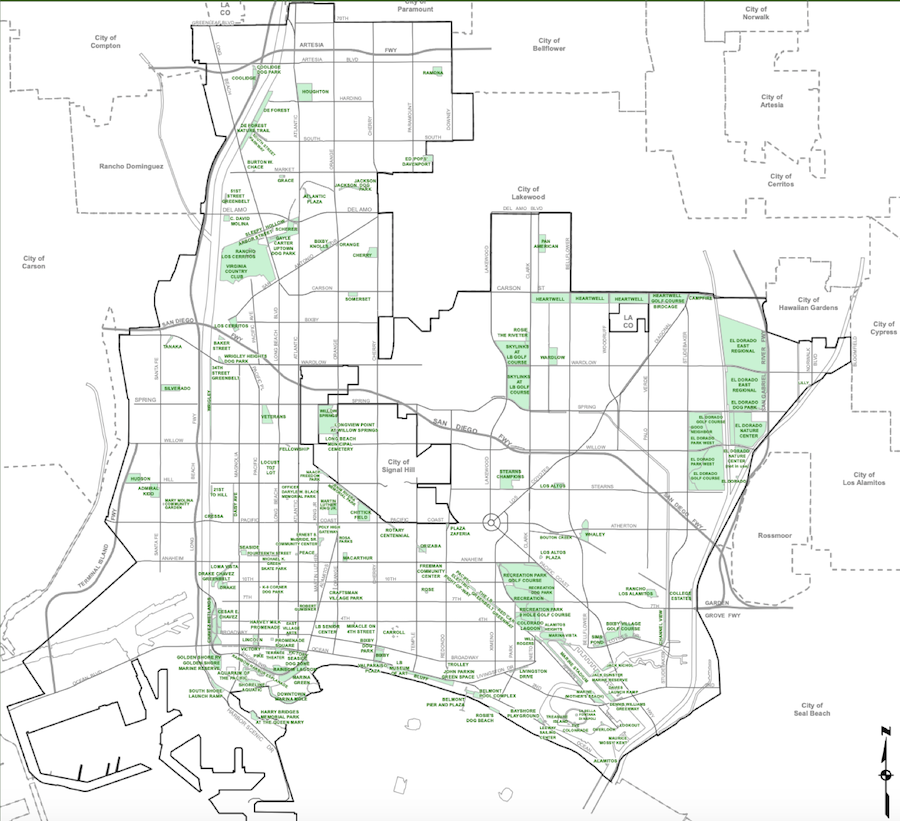 Putting together the strategic plan has been a years-long effort but outreach efforts to get community input for it was affected by the pandemic, forcing some of those efforts online where it may have been harder to connect with poorer communities who lack access to the internet.

Councilwoman Suely Saro pointed to the large share respondents from households making over $100,000—almost half of all respondents fell into this income bracket—and asked how the city was ensuring the plan was “equitably informed.”

The city is facing a potentially rough budget season this year, barring any more outside funding from the state or federal government. The budget shortfall that needs to be closed this year has been projected to be as high as $36 million but there is some optimism that the deficit could shrink.

But adding park space is unlikely in the near future without grant funding or other revenue to pay for it. A study completed by the city last year found that buying and developing new open space could cost tens of millions of dollars in addition to the ongoing cost of maintenance and programming the area.

The city entered into preliminary discussions with Los Angeles County to acquire an 11-acre parcel of land along the LA River in hopes of converting it into park space, which is projected to cost $27.5 million.

All three parks are in areas flush with open space.

McCarthur Park in Central Long Beach received $8.5 million in funding for renovations through efforts made by state Sen. Lena Gonzalez during the same budget cycle.

Councilman Roberto Uranga, who represents West Long Beach, pointed to the playground at Admiral Kidd Park that was destroyed by a fire, with a nonprofit raising funds to replace it.

Uranga said “we shouldn’t have to do that” and asked if a new mechanism could be used to create excess funds that can be used to replace damaged playground and park equipment.

To increase funding for future developments and maintain parks, the strategic plan suggested raising the city’s park impact fees, which are charged to developers of residential projects for every unit built.

Long Beach’s fees have not been increased since 2010 and range between $4,000 and $8,000 per unit, which ranks behind cities like Pasadena and Los Angeles. The plan said that had appropriate fees been charged to developers, six park expansion projects could have been funded through 2019.

While the formal surveys that helped create the strategic plan have concluded, city officials said that there will be a link on the Parks and Recreation website where continued feedback can be submitted for future park planning ideas.

From pension costs to tree watering, here’s what this year’s budget will not fully fund