Profit margins are low in the restaurant business, even in good times. So, in the era of COVID-19, the will to survive has been taken to a new level, whether that involves increased debt or, recently, the formation of a coalition, the Long Beach Restaurant Association to speak and advocate for independent, locally-owned eateries in order to strengthen their political voice.

“There is nothing more infuriating than being told, flat out, ‘You don’t have a voice,'” said Ciaran Gough, owner of The 908 at LBX, and one of the founding members of the association. “What are we doing all this for if we don’t have a voice? I think the city and officials have a tough job; they’re in crisis mode themselves… Nobody caused this, we’re just in this. In my years in this business, we’ve been through a lot but this has been unquestionably the hardest thing I’ve ever had to go through professionally.”

The association already has about 50 members, including some of Long Beach’s most recognizable names in dining: Carl and Michael Dene of Michael’s Restaurant Group, Christy Caldwell of The Ordinarie, Denny Lund of Tantulum, George Miouk of Nico’s and Dave Lott from Belmont Brewing Company.

Among members, there is a genuine fear that restaurants going out of business will become an increasing reality. 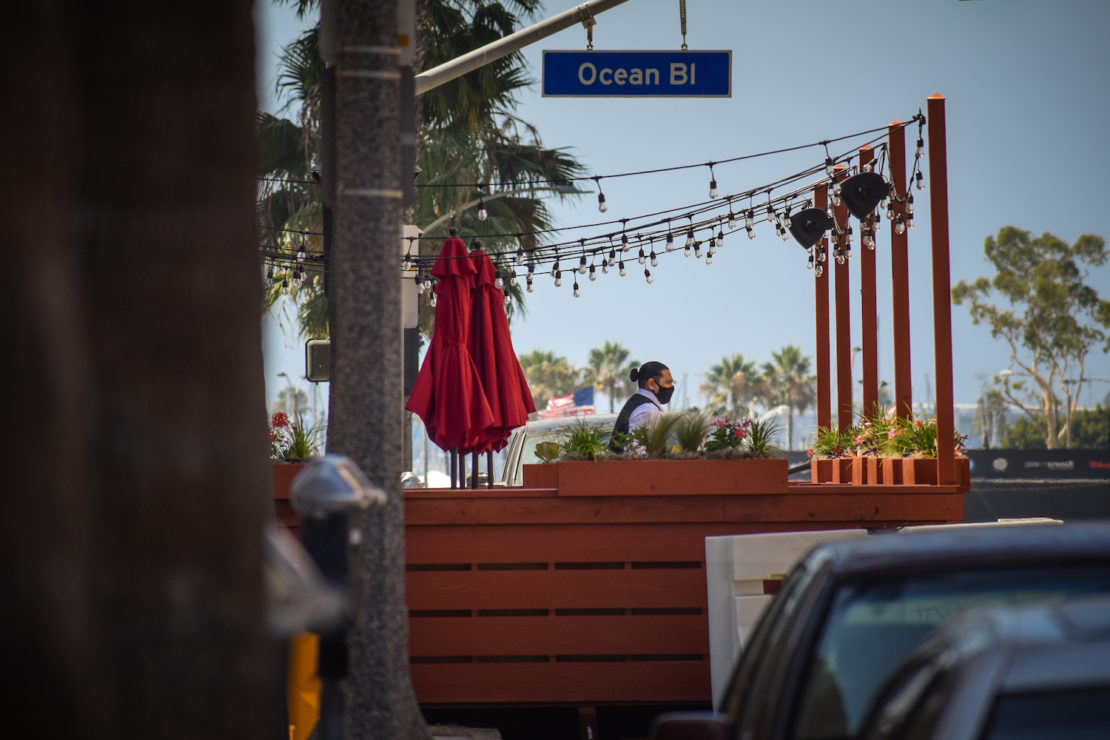 A server at The 555 in Downtown Long Beach preps its outdoor dining space that was created as dine-in options remain closed. Taken July 30, 2020. Photo Brian Addison.

“At this point, I’d be surprised if 50% of us survive this thing,” Gough said.

The implications of that are vast. Beyond restaurateurs losing their own source of income—”There’s this myth that we’re swimming in money,” Gough noted—there are large, concentric circles of money being lost.

Restaurants provide Long Beach with its second-highest source of sales tax and are one of the city’s largest employers. Should restaurants begin shuttering their operations with any frequency, that will not only bring a surge in local unemployment but mean a significant loss of funds for the city.

“We have to work together, this is not them-against-us. This is meant to be collaborative,” Gough said. “And it’s important for us to address the differences between full-service restaurants and more casual eateries. You look at In-n-Out’s lines. If they were long before, you can only imagine now. But that is also their food model: fast and in your car. We don’t begrudge anyone doing well, especially during these times, but it does open up the question: Why have full-service restaurants done so badly? And that is because this crisis could have been managed better.”

That crisis for dine-in restaurants was one where it seemed each day dictated a new rule or new closure or new prohibition, the result being a huge loss of product since it was unable to be sold, along with mass layoffs and furloughs since the initial stay-at-home order was so strict. Following that, a brief reopening occurred as infection levels began to flatten only to have the dine-in option taken away after cases rose once again. Policymakers have attempted to shift toward providing economic opportunity for full-service dining spaces after these issues, including the opening up of sidewalks and roads for additional outdoor seating, for many restaurants.

John Keisler, Director of the city’s Department of Economic Development, noted that the city council has approved a number of strategies—eviction moratoriums, emergency small business loans, fee deferments—which has helped full-service restaurants. However, even Keisler notes there are gaps in that support.

“I will say this: every single person—the mayor, councilmembers, city staff, myself—wants to do more, we wish we could do more, and we’re looking for ways to do more,” Keisler said. “So we’re absolutely very happy to work with this association and this sector of the economy to find new and creative ways to address their needs, to help their businesses survive during this time.” 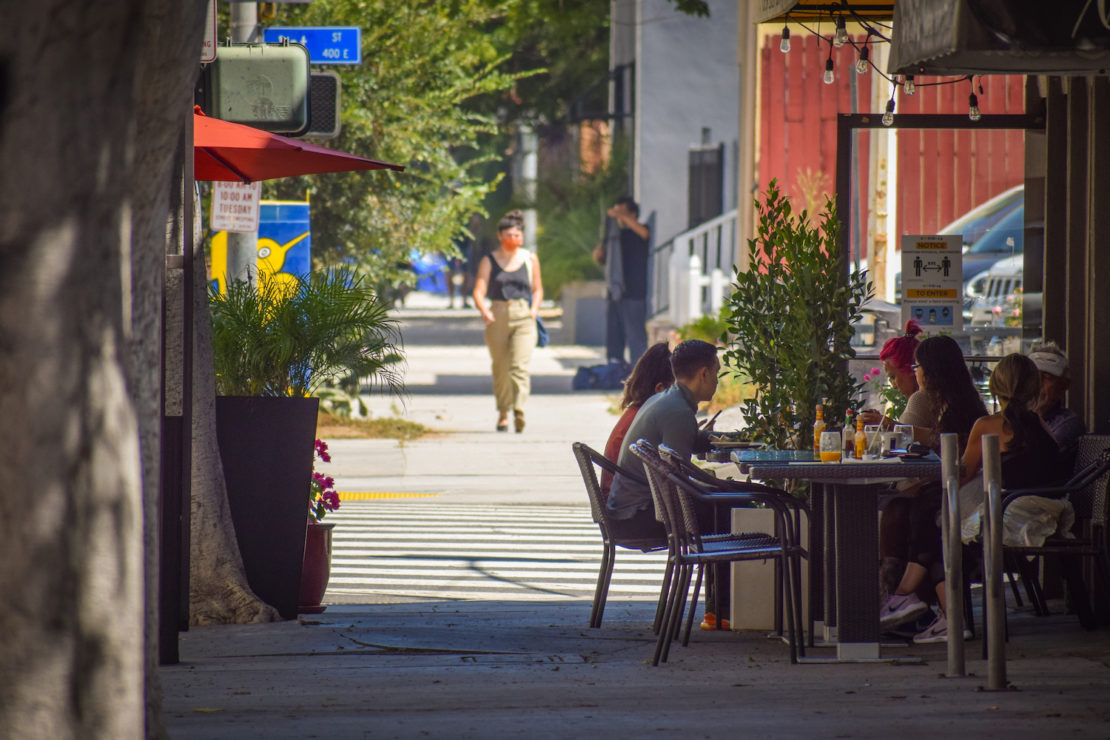 Echoing Gough and the association, Keisler insists this must be an effort that is taken on “together and then develop the solutions they need to reopen as the health orders are lifted to resume normal business.”

The endorsement of City Hall for the association is key because what is currently being done—particularly the increase in outdoor dining—isn’t enough according to association members.

“Everyone sees our patio full and they’re like, ‘You’re killing it!'” Gough said. “No. That’s less than half of our capacity, at most. We’re incurring more debt to stay open. How and when are we ever going to pay that back?”

The association’s first task is focusing on two agenda items coming up at next Tuesday’s City Council meeting. One focuses on temporarily halting the renewal fees on fire, business and health licenses for restaurants while the other, a bit more complex, focuses on how the city will dispense the assistance money it has received because of the pandemic, specifically the $40.3 million it has received via the CARES Act. The association is urging that the council give a portion of these funds to full-service restaurants, including a guaranteed $25,000 grant per full-service restaurant with more than 15 employees.

To get these discussions going, the association has brought on John Edmond, former chief of staff to Councilman Dee Andrews, to head the charge via a petition.

“We understand that this isn’t our hemisphere,” Gough said. “We wanted to immediately bring on people to ensure that our collective voice was heard and we were doing this properly.”

“Sometimes it’s hard to pull all of us restaurants together because we’re all the captains of our own ship,” Gough said. “But this is really about us working together so we have a place to be in the future. Some of these causes are for the greater good—like these parklets. I don’t benefit from them because I already have a large patio but the rest of the community needs them, so let’s fight for them. We’re gonna have wins and we’re gonna have losses individually but it’s really for the good of the group and the good of Long Beach.”